No. 13 Utes look for increased efficiency vs. Southern Utah 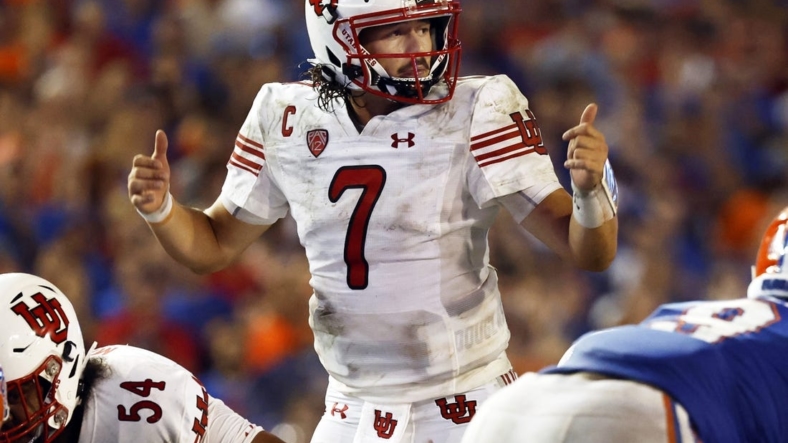 Doomed in the season opener by going cold in the red zone, Utah is fighting for increased efficiency Saturday when they host Southern Utah in Salt Lake City.

The No. 13 Utes fell 29-26 to unranked Florida when they struggled to finish off drives inside the 20-yard line. Utah (0-1) got into the red zone six times in the game while rolling up 446 yards of offense but scored just the three touchdowns.

Two of those failures proved quite costly.

On Utah’s opening second-half drive, the Utes drove to the Florida 1-yard line and were stuffed goal line on three consecutive plays, including fourth down. Then, on Utah’s final drive of the game, Cam Rising drove the Utes to the Florida 6 with a chance to win in the final minute – or at least send the game into overtime with a field goal – when he was intercepted in the end zone.

“Had we been productive in the red zone, we win the game,” Utah coach Kyle Whittingham said at his Monday press conference. “I don’t think there’s any doubt about that. We were in the red zone six times. Only came away with three touchdowns and that’s not good enough.”

Rising endured some uncharacteristic struggles, which factored into some of those red-zone issues. The junior quarterback forced plays and made several bad reads. He also relied too heavily on his top receiver Brant Kuithe.

Rising ultimately threw for 216 yards and a touchdown on 22-of-32 passing. Nearly half of the receiving yards came from Kuithe, who gained 105 yards on a career-high nine receptions. Rising also carried seven times for 91 yards.

Whittingham said Utah needs to spread the ball around more for the Utes to have more success in the passing game.

“We’d like to see more production on the outside,” Whittingham said. “Devaughn Vele needs to have more of a presence in the game. Credit the Florida (defensive backs). They’re quick, fast — those corners are outstanding. That’s as good of personnel as we may see all year long, maybe the best.”

Southern Utah showed signs the program might be turning a corner this season. The Thunderbirds opened their season under new head coach DeLane Fitzgerald with a resounding 44-13 victory over St. Thomas in their season opener.

SUU (1-0) is coming off back-to-back one-win seasons and has won just six games over the last four seasons after earning a share of the 2017 Big Sky Conference title. The Thunderbirds moved from the Big Sky to the Western Athletic Conference in July.

Against St. Thomas, Justin Miller threw for 364 yards and three touchdowns on 23-of-35 passing.

Defensively, the T-Birds held St. Thomas in check after giving up a touchdown in two plays on the opening drive and went on to win their season opener for the first time since 2013.

“The story of the game is four turnovers to zero turnovers,” Fitzgerald said. “That is the difference in that football game.”

This marks just the second game between the two in-state foes. Utah dominated Southern Utah to open the 2016 season, 24-0.