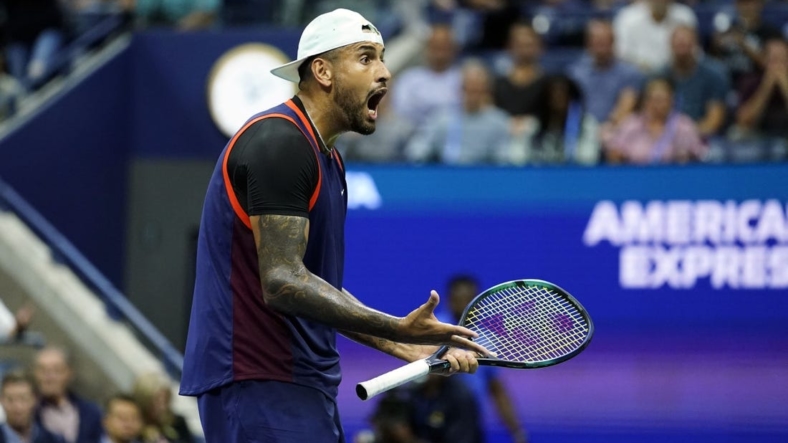 Australia’s Nick Kyrgios racked up $32,500 in fines during the U.S. Open, including $14,000 for his racket-smashing tirade after losing to Russia’s Karen Khachanov in the quarterfinals.

The final sanction was issued Wednesday. Kyrgios was fined five times total during his run in New York, including discipline for bad language and spitting.

The $14,000 fine for a single infraction was the largest handed down at this year’s U.S. Open. Kyrgios smashed his racket after falling to Khachanov in five sets on Tuesday.

Prior to the Open, Kyrgios had racked up about $540,000 in fines over his career, more than any other active player, according Australia’s The Canberra Times.