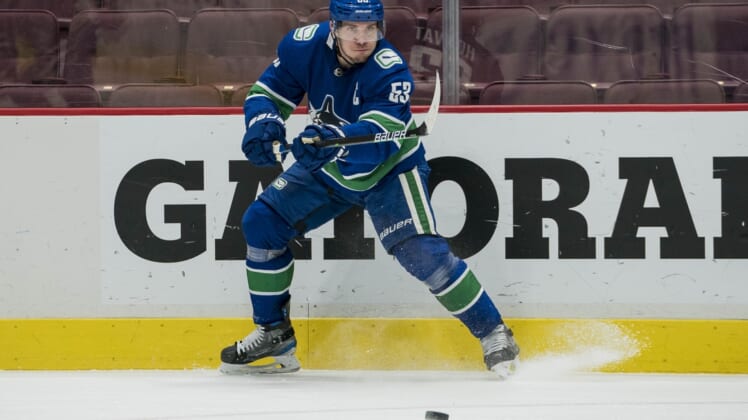 The Vancouver Canucks are aiming to return to the ice on Sunday after both their contests in a two-game series with the Toronto Maple Leafs were pushed back by the NHL on Friday.

The Canucks, who haven’t played since March 24 due to a COVID-19 outbreak, were slated to host the Maple Leafs on Saturday and Monday. The games are now scheduled for Sunday and Tuesday.

The movement follows the NHL postponing Vancouver’s scheduled return against the Edmonton Oilers on Friday. The league said it made that decision to give players and staff “additional time for recovery and preparation.”

A total of 26 members of the organization, including 22 players, have tested positive for COVID-19. The number of players on the COVID-19 list were down to three on Thursday.

During the outbreak, family members of players were also testing positive for COVID-19.

“My wife tested positive and I was trying to be a supportive husband and look after my family,” forward Bo Horvat told reporters on Friday. “It was tough to know my family got it from me but I’m happy that everybody’s getting healthy and getting better.”