NHL: No summer trip to Russia, Belarus for Stanley Cup 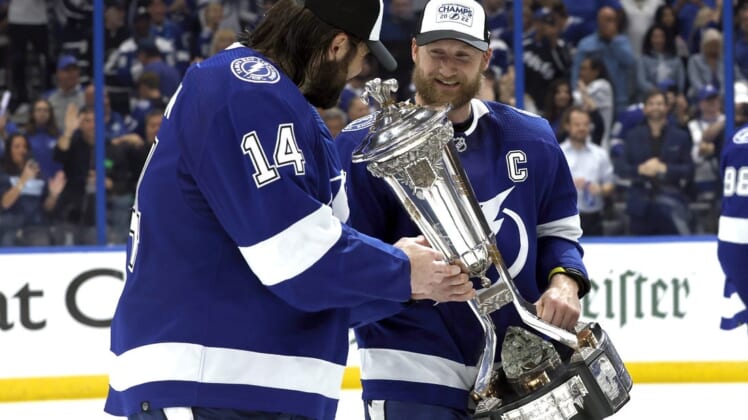 The Stanley Cup’s annual summer travels will not include a stop in Russia or Belarus this year.

Every member of the team that wins the NHL title typically gets to show off the trophy in their hometown. However, Russian and Belarusian players will not receive the honor this year, deputy commissioner Bill Daly said in a news conference Wednesday before Game 1 of the Stanley Cup final.

Both the Tampa Bay Lightning and Colorado Avalanche have been advised of the NHL directive.

The league’s action stems from Russia’s ongoing invasion of Ukraine. Belarus has been a supporter of the Russian aggression.

“With respect to this summer, the Cup isn’t going to Russia or Belarus,” Daly said. “To that extent, we may owe a Cup trip in the future. That can happen like we did with the pandemic, but it’s not happening this summer.”

Among the impacted members of the Lightning roster are forward Nikita Kucherov and goaltender Andrei Vasilevskiy. The Avalanche have just one Russian on the roster, winger Valeri Nichushkin, who was born in Chelyabinsk.