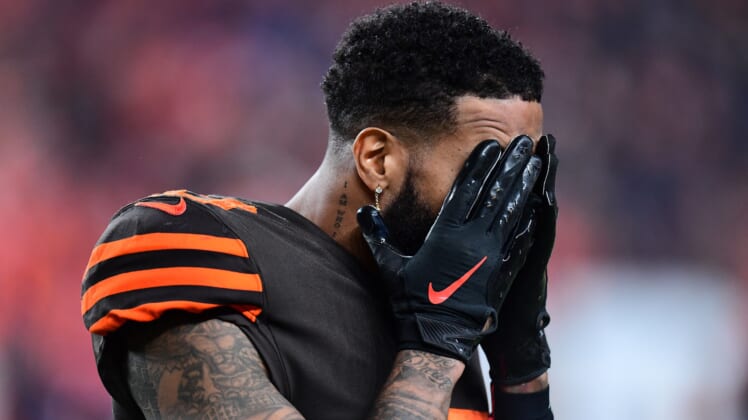 The Cleveland Browns came into their matchup with the Buffalo Bills in desperate need of finding a consistent identity on offense. Unfortunately for Cleveland, that consistency might be the team’s failure at the goal line.

Following an excellent drive that set up Cleveland’s offense inside the five-yard line, everything that could possibly go wrong did. Head coach Freddie Kitchens was determined to power in the football with his rinning game and it backfired in epic fashion.

Despite seeing his running game utterly shutout and his offensive line blown off the line of scrimmage, Kitchens sent his offense back out on fourth down. It ended in a predictable failure that everyone except Kitchens saw coming.

As the NFL world watch Cleveland’s running game repeatedly run straight into a brick wall. Fans and analysts reacted fittingly to the very definition of insanity playing out in front of their eyes.