It is with great anticipation that we await NFL Week 1, which represents the first weekend of pro football in months.

There are many enticing matchups fans cannot wait to see. As we see each week during the regular season, some unexpected teams will pull off some big wins over clubs favored to come out on top.

Here are six upsets just waiting to happen as the NFL season launches. 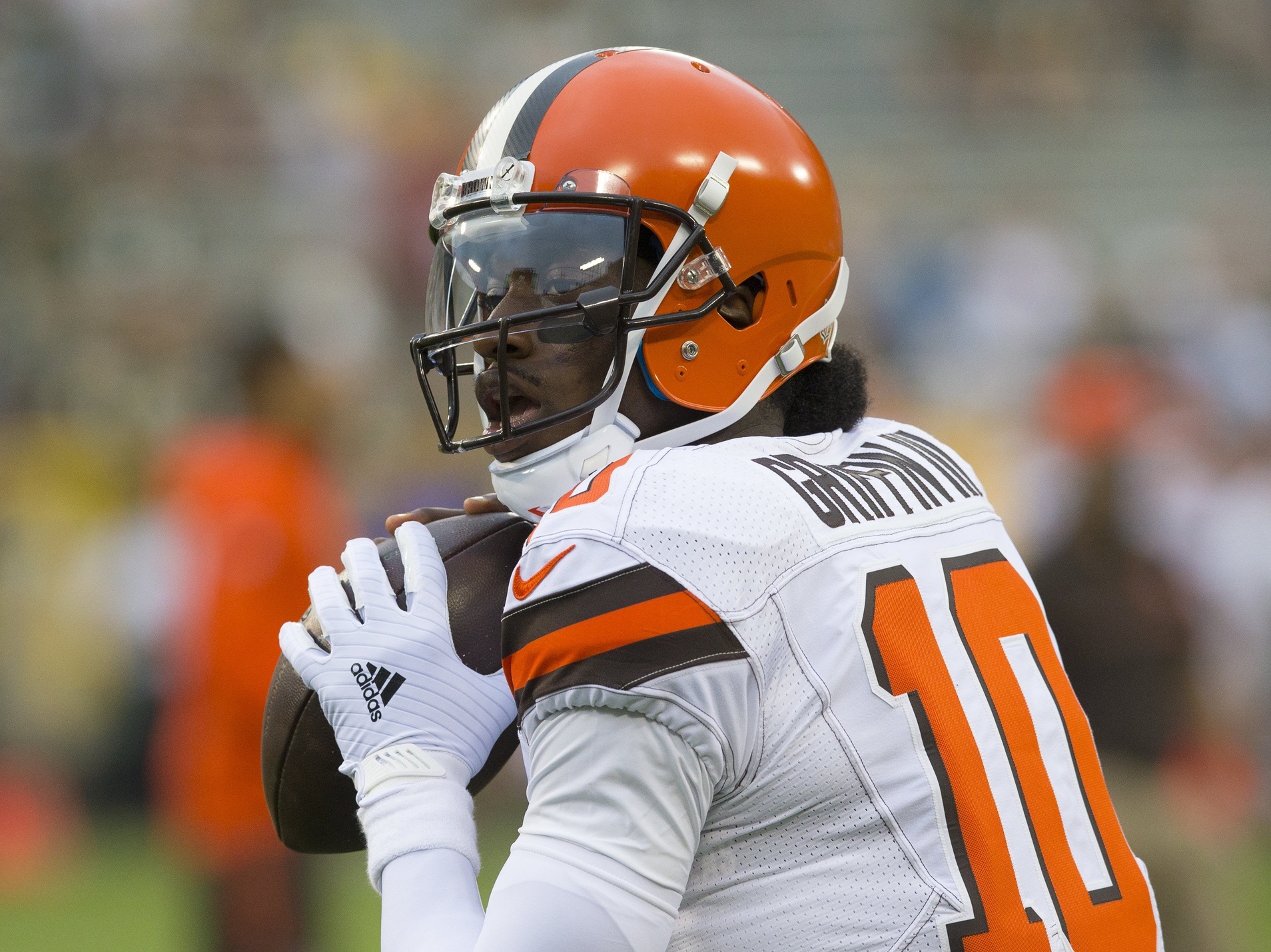 Could the Browns actually pick up their first win in the season opener? Why not? This is a vastly different squad than the one that finished last season.

The Eagles thought it would be fun to ship Sam Bradford off to the Minnesota Vikings right before the season began. They then figured it made sense to name rookie Carson Wentz the team’s starting quarterback.

Wentz will now take center stage after completing just 12-of-24 passes for 89 yards during the preseason.

The Browns’ defense is not exactly elite, but it could thwart off the efforts of a nervous rookie, forcing turnovers in the process.

On the other side, Cleveland is attempting to get back on track after losing all four of its preseason games. Regardless of the outcome, Robert Griffin III looked great during the exhibition slate. He will surely test an Eagles defense that was the fifth-worst in the NFL last season.

It’s also important to note Cleveland’s tandem of running backs has an opportunity to dominate an Eagles run defense that allowed a league-high 134.6 yards per game in 2015.

After losing three preseason games, the Chargers will hit the road to face their AFC West divisional rival Chiefs.

It’s a Chiefs squad that is missing both running back Jamaal Charles and linebacker Justin Houston.

On the other hand, San Diego has all of its key players healthy, including receiver Keenan Allen and tight end Antonio Gates. That should help Philip Rivers out a great deal here.

Our prediction here includes three touchdown passes from Rivers and Melvin Gordon score on the ground.

The Bills are missing some key players, and their defense could be a dumpster fire this fall. Though, they have enough components in place to beat the Ravens this week.

On the Ravens’ side, they will see some ancient players returning from season-ending injuries. For instance, Steve Smith Sr. rejoins a not-so-proven cast of wide receivers. Plus, who is the starting running back? Will Justin Forsett be the answer? Quarterback Joe Flacco could also be a bit rusty, as could linebacker Terrell Suggs.

Last year, Baltimore’s defense ceded 30 passing scores. It could prove challenging to tame Tyrod Taylor and a young offense. Coincidentally, Taylor will be playing on his former home field of four years.

Rex Ryan’s Bills overall look better on paper. They will put up a big win against Baltimore in Week 1. 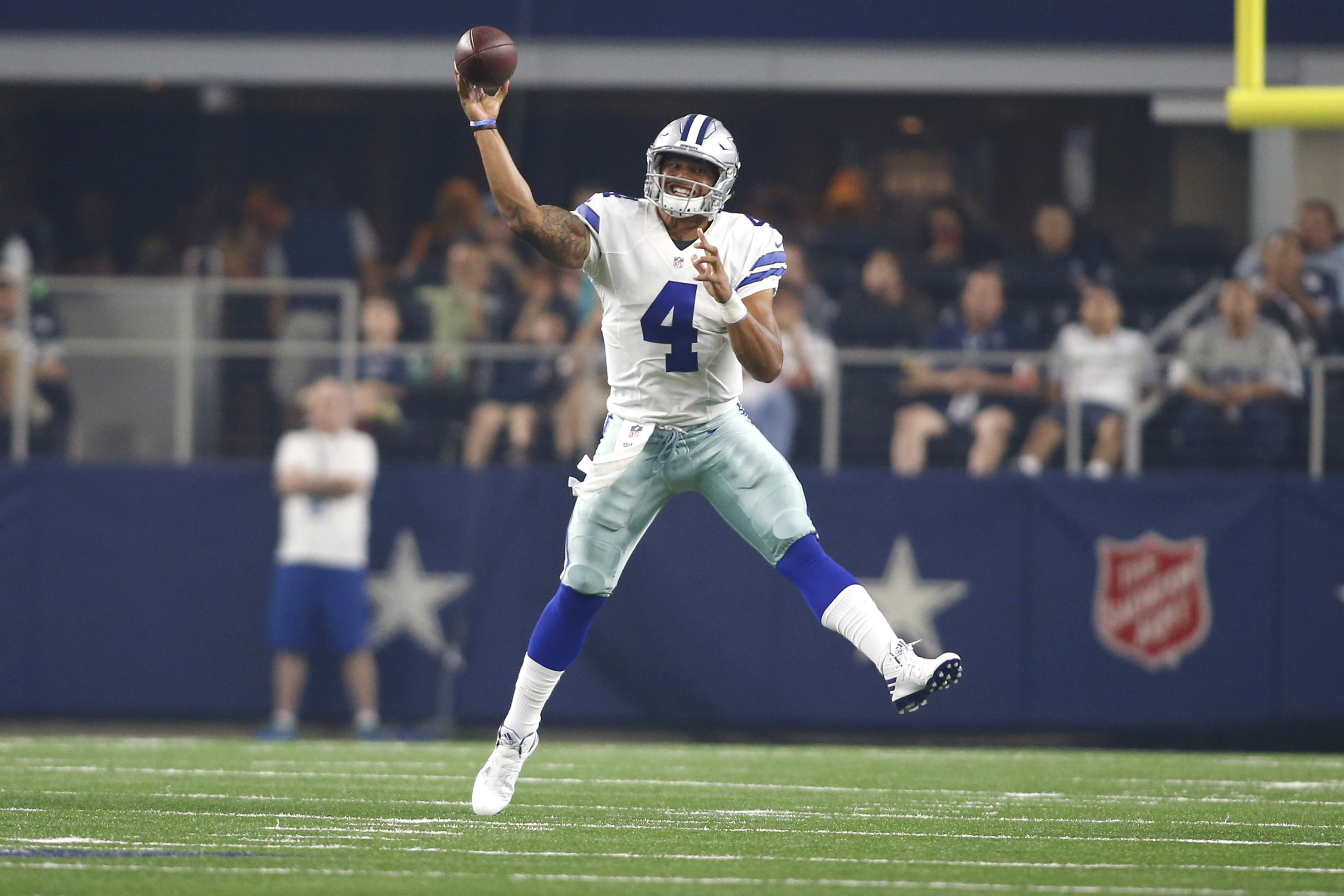 The Cowboys will once again be playing without Tony Romo. However, there is no reason Dallas, on its home field, won’t handily beat the Giants.

The Cowboys as a unit were much more impressive in the preseason. They scored 99 points compared to the Giants’ 48. New York’s offensive line struggled tremendously. This was extremely evident in a shut-out loss to the Bills.

Quite the opposite is the situation with the Cowboys’ offensive line. Dak Prescott was a stud when he scored a ridiculous seven combined touchdowns and achieved the highest quarterback rating among all NFL quarterbacks.

Sadly, the Giants are still working to get their ducks in a row. Meanwhile, Dallas is ready as can be to cement a major victory in Week 1.

Tennessee was sneaky good in the preseason.

Between the two of them, they carried the ball 53 times for a total of 369 rushing yards and five touchdowns. The Vikings’ defense is sound but could be quite challenged to stop Tennessee’s powerful ground duo.

Furthermore, Marcus Mariota completed an impressive 74.2 percent of his passes.

Sadly for the Vikings, there are big question marks as to how an aging Shaun Hill or new Sam Bradford will perform. Thankfully, Minnesota has Adrian Peterson. Although, it is not realistic to assume he can carry the weight of nearly the whole offense on his 31-year-old shoulders.

Expect one score from A.P. and a ton of Blair Walsh for Minnesota.

Too many factors lean towards the Titans beating the stuffing out of the Vikings when Week 1 is in the books.

The Colts finally have quarterback Andrew Luck back.

Though it is a bit concerning that he showed up on the team’s injury list as limited. Hopefully the Colts are only taking precaution.

Meanwhile, Indianapolis has a huge slew of cornerbacks out, including veteran Vontae Davis. This cannot bode well for putting the brakes on quarterback Matthew Stafford. Detroit is bound to torch the Colts through the air.

Second-year running back Ameer Abdullah could also break out against the Colts’ weak ground defense.

After firing some key brass, the Lions had a spectacular last half of 2015. They averaged 26.1 points per game and lost only twice. This trend will continue when they topple the Colts in Week 1.