While the National Football League eventually canceled its matchup between the Buffalo Bills vs Cincinnati Bengals, a new report by ESPN’s Don Van Natta Jr. indicates NFL officials kept pushing for the game to continue after Damar Hamlin was rushed to the hospital.

Midway through the first quarter in one of the biggest games of the NFL regular season, Hamlin tackled Bengals’ wide receiver Tee Higgins. Seconds after he stood up, the Bills’ safety collapsed on the ground with medical trainers rushing to his side.

While life-saving measures were taken, both Bills and Bengals players were visibly distraught on the field during an unprecedented traumatic moment. Hamlin was eventually loaded into an ambulance and rushed to the University of Cincinnati Medical Center.

As millions feared whether or not the young Bills’ safety would survive, ESPN announcer Joe Buck announced to a national audience that players were given five minutes to warm up before resumption of play. 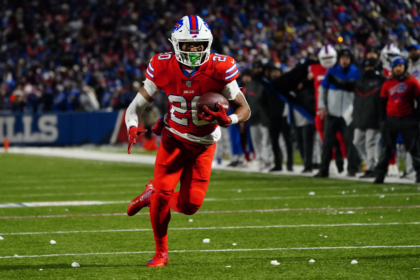 Troy Vincent, the NFL’s executive vice president of football operations, denied that league officials ever approved a warm-up period nor did they ever intend to resume the game that night. However, detailed reporting by Van Natta Jr. with first-hand accounts from players, team officials and those on-scene tells a different story.

According to ESPN, a senior NFL rules analyst inside the league’s commander center conveyed to ESPN rules expert John Parry the plan to resume the game. It followed under the league’s rulebook, which called for a five-minute period for players to warm up following any type of extended delay.

While the NFL denied ESPN’s reporting, Bengals’ quarterback Joe Burrow started loosening his arm on the field and Bills’ receiver Stefon Diggs attempted to motivate the team during a huddle.

“People were saying we were going to play again. It was just a lot of chaos, a lot of emotions, a lot of people saying different things. We really didn’t know what was going on at that point.”

Eventually, coaches Sean McDermott and Zac Taylor huddled with referees. After an extended discussion, both teams left the field and went into their locker rooms. At 9:55 PM ET, the NFL announced the game was temporarily suspended, pending further information. 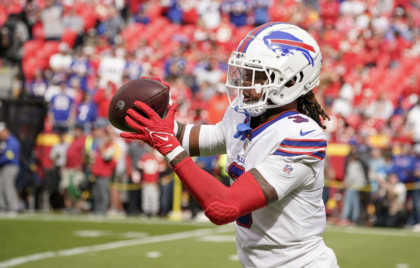 Inside the stadium, McDermott and Taylor later met with NFL chief football administrator Dawn Aponte. According to ESPN, Apone was on a cellphone communicating messages back and forth between the coaches and NFL executives in Manhattan.

“She [Aponte] was getting pressure. She was not getting consistent and direct messaging that she deserved to receive…Whatever crazy nonsense she was getting, man, she held it. She held it strong.”

According to multiple sources who spoke to ESPN, Vincent and multiple league officials inside the NFL command center actively kept open the possibility of resuming the game for almost an hour after Hamlin went into cardiac arrest on the field.

Vincent, the most influential figure at the NFL’s command center during games, along with commissioner Roger Goodell both stated in the days following the moment that they never considered resuming the game that night.

However, league officials reportedly kept floating multiple contingency plans up until the game was officially postponed. Among them, requiring Buffalo to stay overnight in Cincinnati before potentially playing the game a day or two later.

“The league screws this s— up because Troy Vincent screws this stuff up. That’s the wrong person in the wrong position at the absolute wrong time. … He wants to be the hero, but he will never take accountability. That’s him to a T.”

At 10:01 PM ET, the game was officially suspended and Bills’ players and coaches went to the hospital to support their teammate and his family.

Fortunately, Hamlin has since made a miraculous recovery and was transferred to a Buffalo hospital on Monday. Tom Pelissero of NFL Network reported Monday night that Hamlin is already doing physical therapy and walking.

The NFL still denies ever intending to resume the Bills vs Bengals game that night and released a statement saying it never issued the order for a five-minute warmup as Hamlin was being rushed to the hospital.