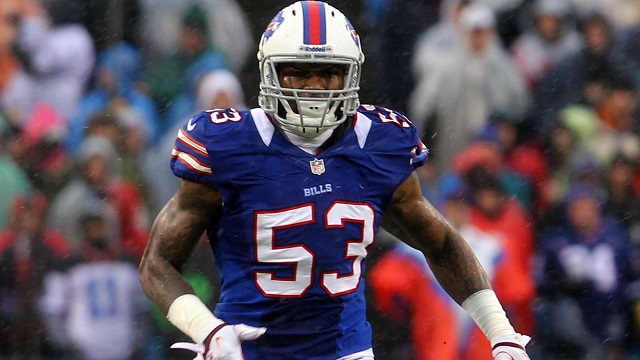 The Buffalo Bills are expecting linebacker Nigel Bradham to step up and perform well in a starting role this season. Those expectations are going to have to be floored until after Week 1 after news broke that Bradham was suspended one game by the NFL for a violation of the substance abuse policy.

Bills LB Nigel Bradham suspended the first game of 2014 regular season for violating the NFL Policy and Program for Substances of Abuse.

Pro Football Talk’s Mike Florio goes on to suggest the one-game suspension stems from a 2013 arrest on possession of marijuana.

Bradham is expected to fill in for Kiko Alonso, who is out for the season after tearing his ACL during Buffalo’s offseason program.