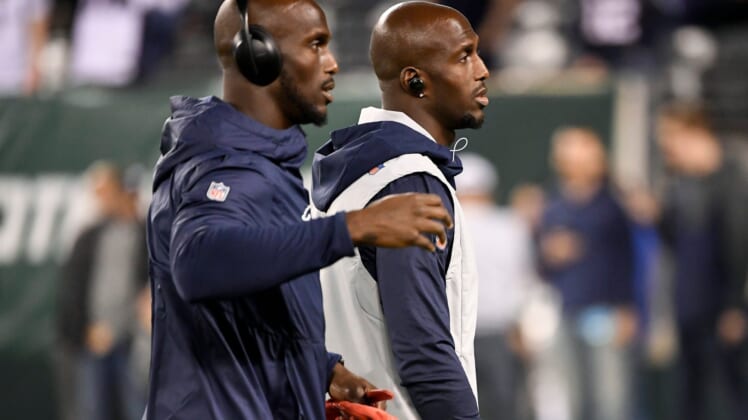 While commissioner Roger Goodell remains hopeful that the 2020 NFL season will start on time, many around the league feel quite differently. As multiple teams start calling for a delayed season, the concern is also evident among players.

New England Patriots defensive backs Jason and Devin McCourty, who are also brothers, opened up about the realities the NFL is facing during the COVID-19 pandemic. In the latest episode of “Double Coverage with the McCourty Twins“, they offered insight into how many of their peers feel about playing football this year.

“I think everybody’s nervous, because the norm is that we just go to work — we put in a lot of work, we bond together, we lift, we’re in close quarters. It feels like that’s all being taken away from us, so I don’t know how to react. I don’t know what’s it’s going to be,” Devin McCourty said, via Double Coverage (H/T MassLive.com). “I love how a lot of players’ attention has been on what’s going on outside of football, and I think we’ll continue to do that. But figuring out football, to me, seems to be the hardest thing right now. We hope, but I don’t know if we’ll figure it out, honestly.”

The NFL hasn’t allowed players to be at their team’s facility since the COVID-19 pandemic began. Now with training camp just over a month away, the league has created strict social distancing guidelines that would limit how close players could be to each other in the building. As head coaches have pointed out, though, the NFL’s safety protocols are practically impossible to follow.

Many players have spent the past few weeks working out together to make up for lost time. Arizona Cardinals quarterback Kyler Murray recently hosted a workout with 20-plus teammates and Tampa Bay Buccaneers quarterback Tom Brady did the same in May with a smaller group. However, the NFL Players Association advised players over the weekend to end group workouts following an outbreak that saw one player test positive following a session with teammates.

As the McCourty brothers discussed on their podcast, the limitations on private workouts shows the difficult road ahead. If the coronavirus means players can’t train together in a group of 10, a 53-man roster working out together seems unlikely.

“When you think about the future, if it’s hard for 10 guys just to get together to do little passing drills or anything of that nature, to think about somewhere between 53 and 90 guys in a training camp, it’s going to be insane,” Jason McCourty said. “So, I don’t know how that’s going to turn out.”

The NFL’s league offices might remain optimistic for now that the 2020 season will start on Sept. 10 when the Kansas City Chiefs host the Houston Texans. Given the latest COVID-19 outbreak across the league and the support from players and teams to postpone the regular season, things could change quickly for the NFL.