NFL rumors: Will Lions’ HC Matt Patricia be the next coach fired? 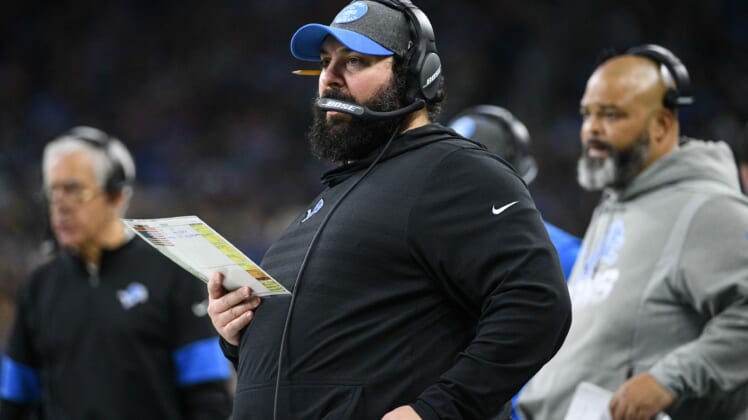 The Houston Texans shocked the NFL world on Monday by firing head coach and general manager Bill O’Brien, could Detroit Lions coach Matt Patricia be the next to be fired?

Patricia came under fire from fans and former players after blaming the Lions’ struggles during his tenure under the previous regime. With his seat in Detroit getting hotter, Patricia is likely feeling the pressure during the team’s bye with a 1-3 record.

Will the Lions fire Matt Patricia?

Since hiring Patricia before the 2018 season, the Lions have been one of the worst teams in the NFL. Under his tutelage, Detroit’s defense has gotten worse and he received strong criticism from several ex-Lions’ defensive players.

Many thought the Lions could be a contender this season, potentially even challenging for the NFC North crown. Instead, the team has already suffered two divisional losses and has blown a two-score lead in each of its three defeats this season.

Despite the team’s poor performances, a staple under Patricia, it seems he will be given more time. According to MLive’s Kyle Meinke, the Lions will keep their head coach in place through the Week 5 bye and they intend for him to remain in the position for some time.

While bye weeks are typically seen as the perfect time to fire a coach, allowing a team two weeks to work with his interim replacement, Detroit is sticking by Patricia. Even with new ownership in charge, it seems the Lions are willing to give Patricia more time.

Set to face the Jacksonville Jaguars in Week 6, followed by the Atlanta Falcons in Week 7, Detroit would seemingly have winnable games on its schedule. If things don’t turn around quickly, that could easily change with the real possibility that Patricia is fired before the season ends.

When the Lions fired Jim Caldwell following consecutive 9-7 seasons in 2016 and ’17, general manager Bob Quinn made it clear what he wanted in his next coach. He would target the person who could take the team to the next level, leading to the hiring of his friend from the New England Patriots.

Under Patricia, the Lions have taken a massive step backward. After posting a 36-28 record with two playoff appearances during Caldwell’s four seasons, Detroit has won 10 games. Every aspect of this team has looked worse than we saw in the previous coaching regime, leading to a 10-25-1 record in 36 games.

The success rate of Bill Belichick’s assistants becoming head coaches wasn’t great before the Lions hired Patricia. But Quinn took a chance on a person he was close with, at the very least hoping Detroit’s defense would improve.

Instead, it might only be a matter of time until Patricia is fired. After that, the Lions will have to begin another coaching search with the hope someone can even take them back to what we saw under Caldwell.