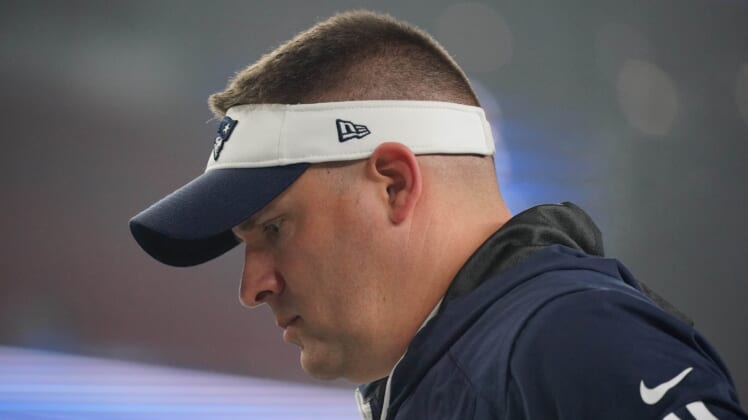 One of the first shoes to drop as NFL rumors pick up regarding head coach and general manager vacancies around the league can’t be considered unexpected.

The Houston Texans are in need of a new general manager after firing Bill O’Brien during a disastrous start to the 2020 NFL season. Houston has also been linked to New England Patriots director of player personnel Nick Caserio over the past few cycles. The two now appear to be headed into a marriage.

Josh McClain of the Houston Chronicle was the first to report that the Texans were set to hire the 45-year-old Caserio as their next general manager. It would represent a major shake up of a previously fledgling Texans front office since the shocking firing of Brian Gaine back in 2019, only to replace him with the above-mentioned O’Brien.

NFL rumors have linked Caserio to the Texans’ job for some time now. He’s been with the Patriots as their director of player personnel since all the way back in 2018. However, anyone within the Pats’ front office during that span played second fiddle to head coach Bill Belichick. That won’t be the case in Houston.

Prior to his time with the Patriots, Caserio was merely a graduate assistant at both Saginaw Valley State and Central Michigan. New England plucked him from the college ranks to be an offensive assistant in 2002. He was promoted to wide receivers coach in 2007 before making the shift to his role as player personnel director one year later.

To say that Caserio has a tough task ahead of him in Houston would be an understatement. The team is searching for a new head coach after firing O’Brien and doesn’t boast a pick in either the first or second round of the 2021 NFL Draft.

Obviously, Patriots offensive coordinator Josh McDaniels will now be linked to the opening. He has a built-in relationship with Caserio dating back to their extensive time together in New England. McDaniels also fits the mold of an offensive-minded head coach NFL rumors suggest the Texans are looking for to appease stud quarterback Deshaun Watson.

It’s an interesting dynamic to look at for these Texans. While they lack draft capital and are coming off a disastrous four-win season, the presence of Deshaun Watson makes this an attractive opening for head coach candidates.

With that said, Houston is not going to limit its search to offensive-minded coaches. Defensive coordinator Matt Eberflus (Colts) and Robert Saleh (49ers) are also expected to draw interest from Houston’s brass, now led by Caserio.

We’ll obviously have a whole heck of a lot more on the Texans situation as NFL rumors pick up relating to a head coach hire. What we do know is that an organization that has been in flux in the past now might have a strong foundation with the widely-respected Caserio. That’s a start for owner Cal McNair and Co.

Click below for more Houston Texans news and rumors