NFL training camps are in high swing and some players are already performing beyond expectations. There was a brilliant group of rookie running backs selected in this year’s draft that look to be game-changers right out of the gate. Each of those guys covered here is already receiving rave reviews.

Meanwhile, quarterback competitions have brought out some top performances, but only one man will win the starting job. We have also noted some veteran players that are looking sharp and poised to steal the spotlight with their new teams.

As preseason football gets closer by the moment, check out which NFL players are making some early waves. 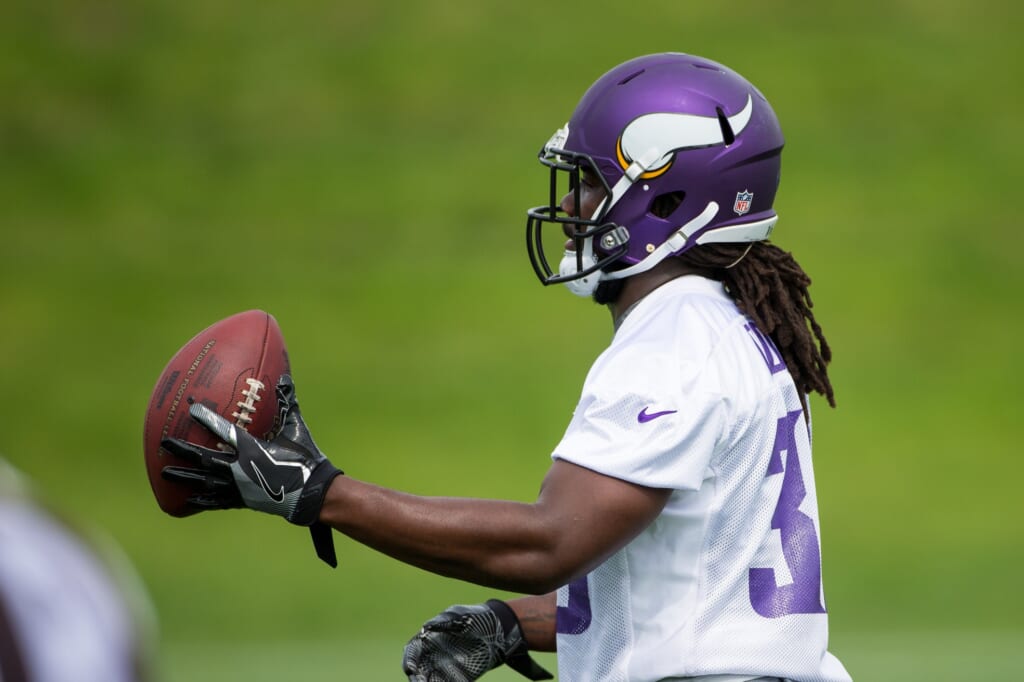 Adrian Peterson who? That might be the sentiment around the Vikings camp with this rookie turning heads in grand fashion. Cook also benefits in absorbing more attention with fellow running back Latavius Murray sidelined on the PUP list. The Vikings’ 2017 second-round pick “gets it” according to comments veteran players are making about Cook, per Sports Illustrated’s Albert Breer. It might not take much for Cook to oust Murray out of the starting job in the upcoming weeks.

The Bucs’ 2016 second-round pick is reportedly a “hot name” in training camp according to ESPN’s Dan Graziano. Spence underwent off-season shoulder surgery after spending his rookie year playing with a shoulder harness, per the report. He put up 5.5 sacks and managed 22 combined tackles. Now healthy, Spence was described as a “heavy-handed guy,” according to the report. He is on course to see an increase in involvement this year.

The only person likely not enjoying the positive critiques that Watson is attracting is quarterback Tom Savage. As camp continues, Watson is catching the eye of head coach Bill O’Brien who said the youngster is “ahead of any rookie quarterback” that he has ever worked with. Savage may be the intended starter for now, but Watson is catching on too quickly to ignore. 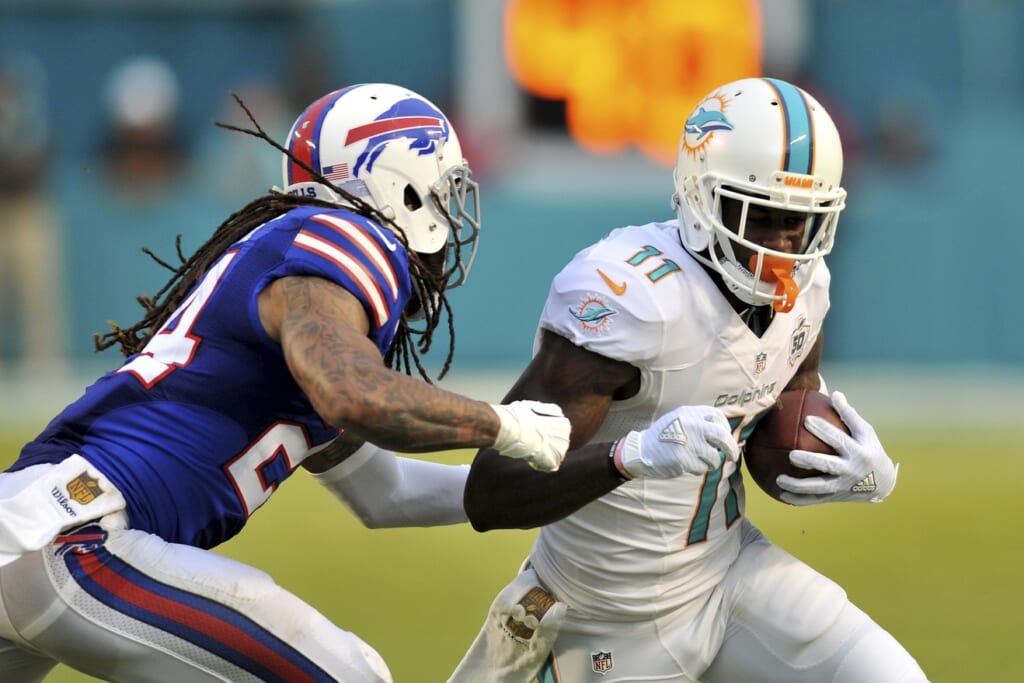 The Dolphins’ third-year receiver is looking as healthy and talented as ever after making some drastic lifestyle and health changes. According to ESPN’s Dan Graziano, Parker has been making a conscious effort to drink more water, stick to a consistent sleep program and strength train. These were things Parker was not focusing on that led to health issues earlier in his career. Parker will look to build on the 744 yards and four touchdowns he managed in 2016.

Striving to improve and advance to the “next level,” Beasley worked with retired linebacker DeMarcus Ware in June. He attended Denver Broncos linebacker, Von Miller’s “pass-rush” summit when Ware helped Beasley with his stance and techniques. What better way to be the best than to learn from the best? By the tone of things, Beasley might just top the league-high 15.5 sacks he managed last season.

Browns fans have legitimate cause to actually be excited about the upcoming season. The good news coming from Cleveland is that Kizer could be close to stealing the spotlight from second-year starter Cody Kessler. That’s unfortunate for Kessler, but fabulous that the rookie is proving to be ahead of schedule in the learning curve. Both quarterbacks attended training sessions with quarterback guru, Tom House. But it now appears that Kizer is ahead of the curve in terms of starting the team’s preseason opener.

Quarterback Kirk Cousins has a hidden gem in that of Doctson after observing him in training camp. The young receiver seems to have shed whatever was hampering his performance during his rookie year. Doctson was seen blazing through coverage to catch some pretty amazing passes, as noted by Master Tesfatsion of The Washington Post. 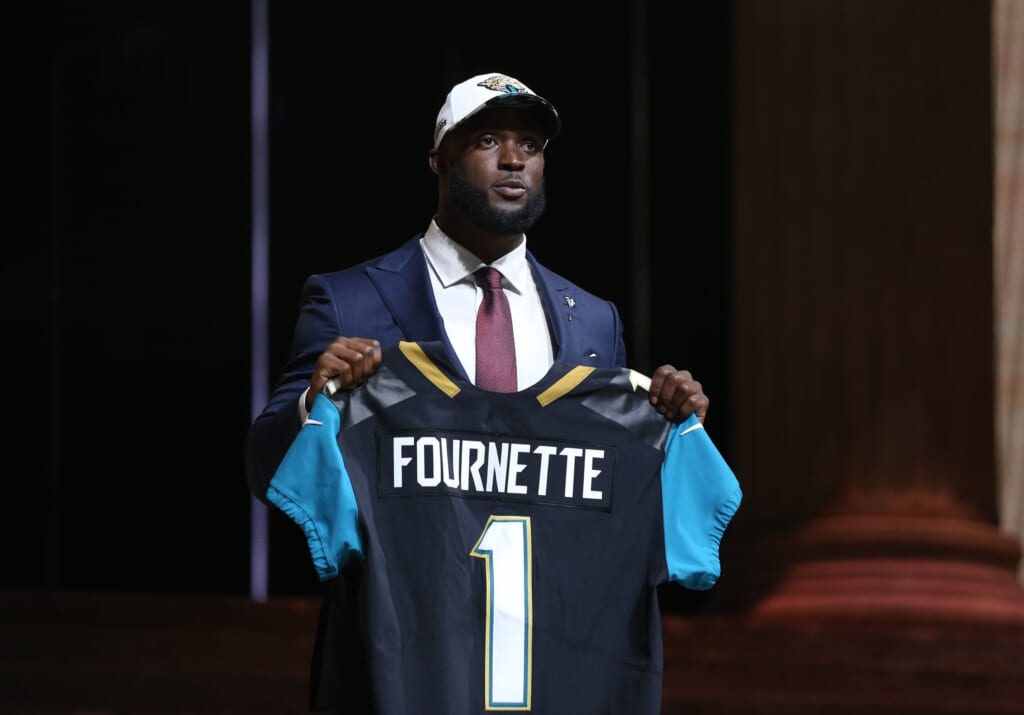 Not enough good can be said about Fournette who is expected to be the focal point of the Jags’ offense. The dude is a machine and there appears to be no learning curve that will prevent him from pulling the Jaguars’ rush game out of last year’s toilet. Tom Coughlin, the team’s executive vice president, described Fournette as “powerful, strong” and with “better hands” than he expected, per ESPN’s Dan Graziano. The hope is Fournette will provide the relief quarterback Blake Bortles needs rebound in 2017.

In addition to Doctson, this high-priced free agent addition has been drawing rave reviews in D.C. Wide receivers coach Al Saunders expects Pryor to have a Pro-Bowl caliber year according to ESPN’s John Keim. Pryor hasn’t been messing around since signing on with Washington. He spent time working with legend Randy Moss and the elite Antonio Brown in the offseason. He’ll have the perfect opportunity to succeed on a roster that’s without free-agent departures DeSean Jackson and Pierre Garcon.

The Colts re-activated Hooker and he has resumed practicing after straining his hamstring. The rookie’s return makes for an immediate boost in a Colts secondary that managed just 17 total takeaways last year. Hooker was selected 15th overall after tallying seven interceptions, three of which were returned for touchdowns, and 74 total tackles last season at Ohio State. The Colts really need Hooker to stay healthy. 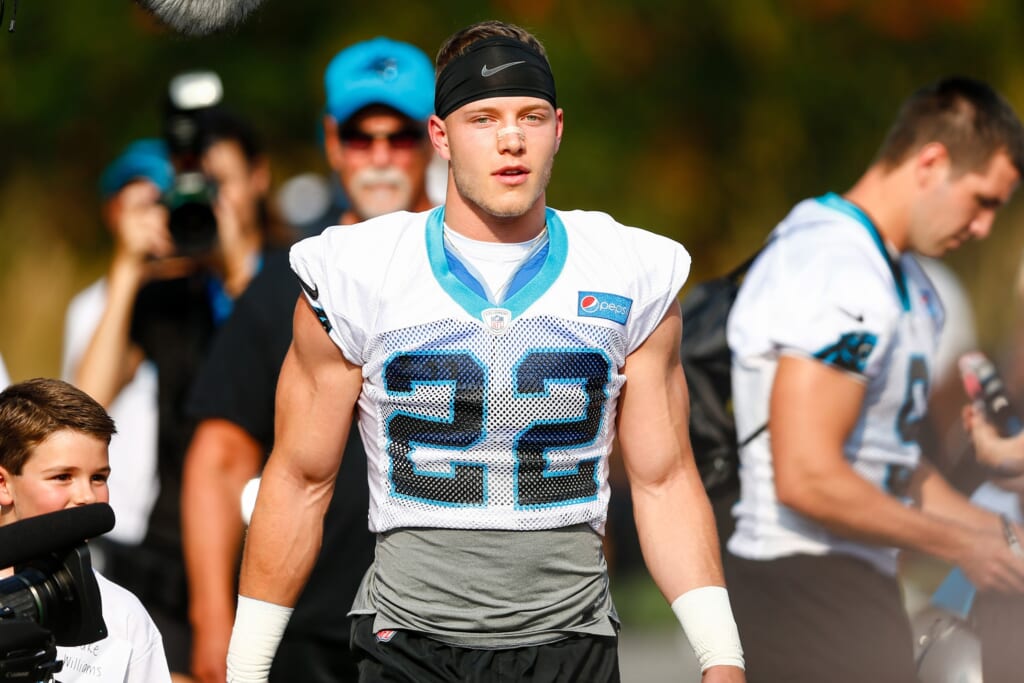 Keeping with the trend of rookie running backs knocking socks off, McCaffrey is already doing exactly that. McCaffrey is a jack of all trades and the Panthers already have him involved in the passing game. The young rookie was reportedly quarterback Cam Newton’s draft choice over the aforementioned Fournette. So far, McCaffrey seems to be living up to — and perhaps already exceeding — pre-draft expectations.

The Bucs went out of their way to add tight end depth by drafting Howard 19th overall in April. It is reported by ESPN’s Dan Graziano that Howard is already “turning heads.” According to the same report, the Buccaneers view Howard as an “NFL-ready” blocker who can be integral in the passing game.

Believe it or not, Hightower is reportedly the “most comfortable” in head coach Kyle Shanahan’s run scheme, according to Cam Inman of The Mercury News. It makes sense since Hightower worked with Shanahan as a Washington Redskin. Keep in mind that the 31-year-old running back is competing with Carlos Hyde and rookie Joe Williams for more touches this year.

Decker is expected to be a red-zone vulture with his new team. During his previous healthy seasons with the Denver Broncos and New York Jets, from 2012-15, Decker tallied 41 touchdowns. As noted by the Titans website, the 30-year-old receiver looks sharp in training camp. Decker underwent shoulder and hip surgeries after playing in just three games in 2016. If he can stay healthy, he’ll be a tremendous asset to third-year quarterback Marcus Mariota.

The veteran corner has been notably impressive at camp. According to ESPN’s Sheil Kapadia, Lane is looking like the front-runner to start opposite All-Pro cornerback Richard Sherman. Per the report, he was particularly strong at one-on-one drills in breaking up passes. Last year marked the first that Lane played a full season. He defended three passes and managed 46 total tackles. A more prominent role looks to be in the plans.