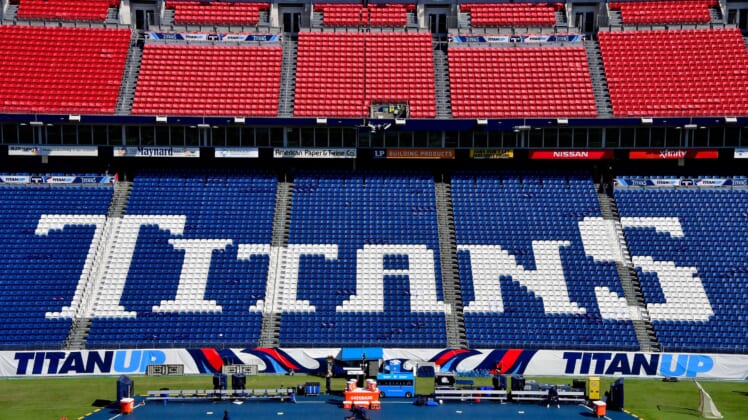 The Tennessee Titans have returned to the field after the COVID-19 outbreak that rattled the league, but discipline could be on the horizon with the NFL’s investigation into the outbreak nearing a conclusion.

Shortly after the Titans’ outbreak began, the NFL and NFL Players Association opened an investigation to discover the cause of the massive spread. While the league has seen individual and small outbreaks this season, more than two dozen Titans’ players and staff tested positive for COVID-19.

Now, a few weeks after the probe began, it could soon be completed with discipline on the way.

When the COVID-19 outbreak first began, the NFL was forced to make changes to its schedule. The league postponed the Titans and Pittsburgh Steelers contest in Week 4, moving it to Week 7, hoping things would improve quickly for Tennessee.

Unfortunately, the situation only worsened. More players and coaches tested positive for the coronavirus, with new cases popping up late in the week on Wednesday and Thursday. The NFL was forced to adjust its schedule once more, moving the Titans and Buffalo Bills game from Sunday to Tuesday, which had ripple effects for other teams.

As the fallout continued with rival clubs and players frustrated about the effect the Titans’ outbreak had on their preparation and schedule, focus shifted to the league’s investigation.

According to CBS Sports’ Jason La Canfora, the NFL and NFLPA are in the final stages of the investigation into the Titans’ COVID-19 outbreak. The focus of the probe is on the team’s handling of the COVID-19 outbreak and league safety protocols.

While discipline hasn’t been determined, many around the league hope and expect it to be significant. While the league doesn’t believe the club willfully violated the COVID-19 protocols, the NFL has reportedly uncovered multiple violations by Tennessee.

When the Titans were ordered to suspend all in-person activities in Week 4, the NFL also stated players couldn’t work out together outside of the team’s facility. Yet, more than a dozen players held a workout at a nearby high school and it reportedly wasn’t the only group practice held.

The investigation by the NFL and NFLPA has primarily focused on two key areas. First, potential evidence shows players and team personnel didn’t adhere to wearing face coverings and PPE inside the facility. Just as concerning, determining if the Titans didn’t regularly wear the contact tracing tracers. The electronic tracers are used to help determine which players were in close contact of someone with COVID-19.

Reports also suggested players didn’t disclose when they may have had COVID-19 symptoms and that linebackers coach Shane Bowen, who tested positive, failed to report contact with someone who had the coronavirus.

What kind of punishment could Titans face?

Given commissioner Roger Goodell indicated the Titans didn’t willfully violate COVID-19 protocols, it’s unlikely the Titans will be forced to forfeit games. However, the league needs to send a message and many teams are counting on the NFL to hand down substantial penalties.

As we’ve seen throughout NFL history, that could mean fining the organization and forcing the club to forfeit draft picks.

While there aren’t any early signs of what discipline the Titans will face, it wouldn’t be surprised if the organization received a significant fine and lost at least one early selection in the 2021 NFL Draft. Fans and the team might find it harsh, but it’s the result of this team’s direct violations of safety protocols that put the NFL season in jeopardy.