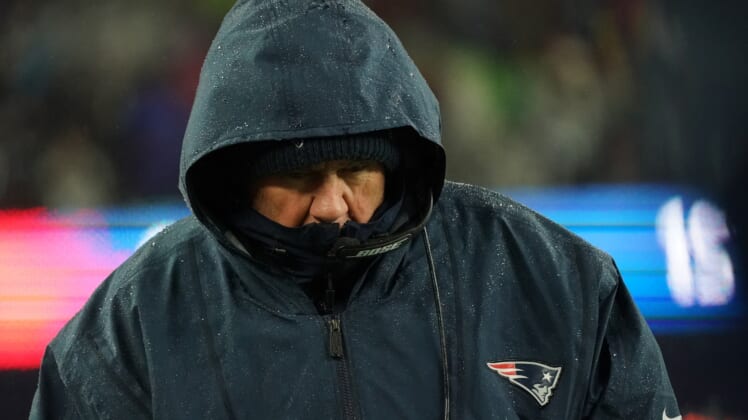 Some potentially huge NFL news is going down around the league one day after Sunday’s Week 14 NFL action.

Set to take on New England this coming weekend, Taylor would not confirm or deny the allegations. Instead, he indicated that they “are aware” of the incident and that the NFL is investigating.

After the entire “Spygate” and “Deflategate” scandals, one has to be a bit concerned that New England might be attempting to bend the rules once again. This is obviously illegal within the confines of league rules.

Whether anything comes to fruition on this end remains to be seen.

There’s also a larger question here. If proven true, why do the 10-3 Patriots needs to find some sort of an upper-hand against the one-win Bengals? It’s a big question at this point.

We’ll obviously have more information as it becomes available. For now, this could be a whopper of a story as the regular season draws to a conclusion.

Update: ESPN’s Adam Schefter is reporting that the Patriots’ scout on hand for the game was not taping. Rather, he was being filmed for a feature the team produces.

Again, we’ll have more on this page as more information comes out.