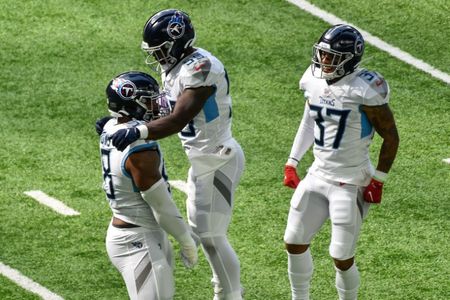 More positive COVID-19 tests on Tuesday are forcing the Tennessee Titans to cancel their planned return to the field on Wednesday.

ESPN reported two players tested positive after the Titans had two consecutive days with no new cases. There is concern the Week 5 game against the Buffalo Bills will not take place.

A total of 24 players and personnel with the Titans have tested positive for COVID-19 since Sept. 24.

Coming off of a forced bye week prompted by 16 cases of the coronavirus, the Titans were cleared to reopen their team facility and hold a walk-through practice on Wednesday, eight days after the NFL first closed Saint Thomas Sports Park in Nashville.

The NFL and players union is investigating whether players violated league protocol and held joint workouts away from the team facility last week.

The Titans were scheduled to host the Pittsburgh Steelers on Sunday. That Week 4 game was switched to a bye for both teams as the coronavirus count climbed throughout the week. The game was rescheduled for Oct. 25.

The Titans are not the only team affected by the coronavirus.

In New England, quarterback Cam Newton and cornerback Stephon Gilmore are among the three players with positive COVID-19 tests. In Las Vegas, the Raiders put defensive tackle Maurice Hurst on the reserve/COVID list on Tuesday.