Of the 31 picks made in the first round of the 2008 NFL draft, 14 selections were by teams not originally slotted in that pick. Of those 14 players, only two (Joe Flacco and Duane Brown) remain with the team that originally selected them.

This is a cautionary story of teams overthinking it when the draft itself comes calling.

In the latest of this series of nine articles, we check in on the five biggest trades involving the 2008 NFL draft.

From a future Hall of Famer that was sent packing by the Kansas City Chiefs to an eventual Super Bowl winning quarterback the Jacksonville Jaguars helped an AFC rival acquire, here are your five biggest trades from this draft. 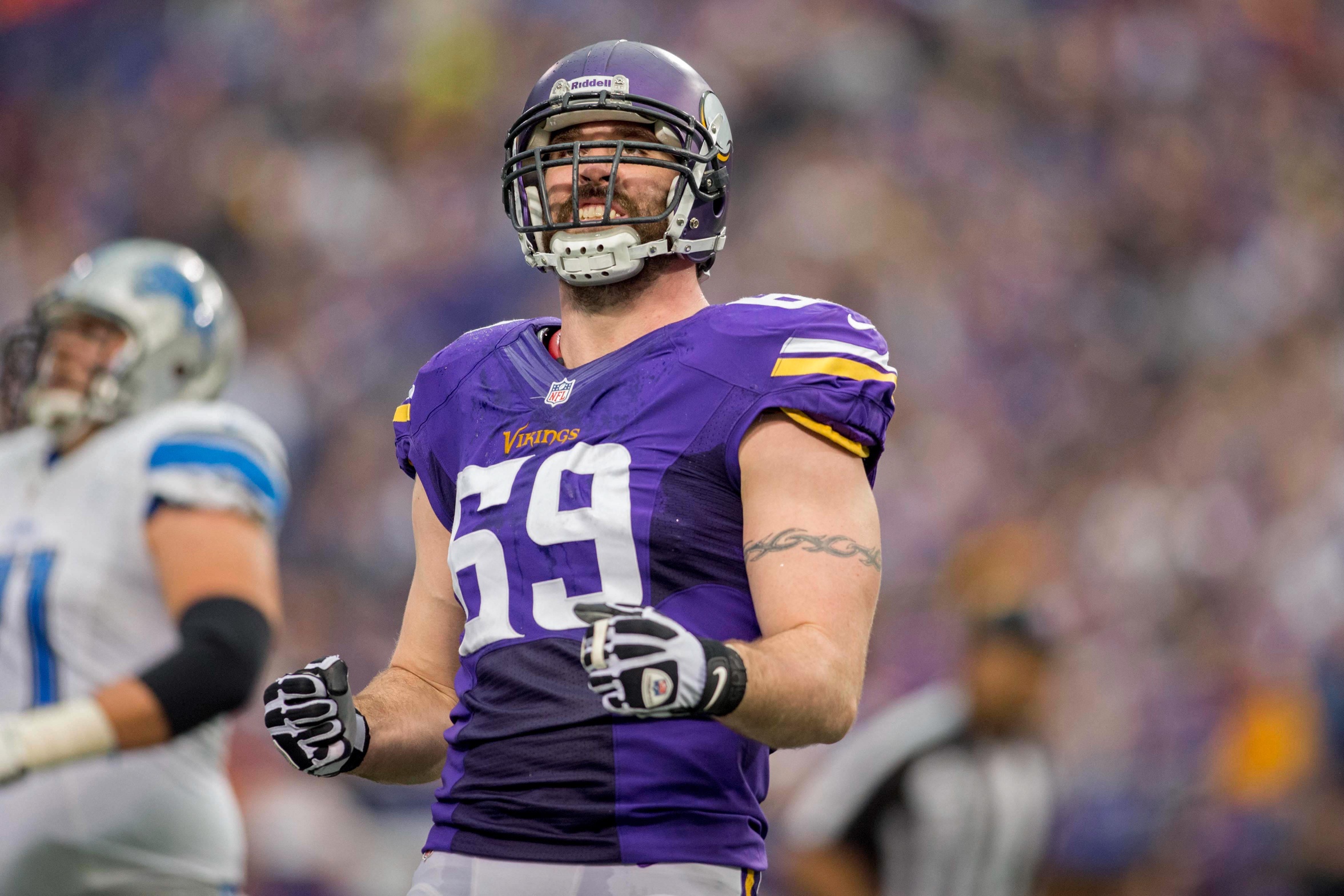 Coming off a 2007 campaign that saw him lead the NFL with 15.5 sacks, Allen was a wanted man on the trade market. At the end of the day, Kansas City was able to net four picks for Allen and a sixth rounder.

It used the initial first-round pick acquired from Minnesota to move up two spots with the Detroit Lions to nab an offensive tackle in Branden Albert, who started 83 games and earned a Pro Bowl appearance in six seasons with the team.

However, that wasn’t anywhere near close to the best part of this move for the Chiefs. With one of the two third-round picks Kansas City acquired, it was able to nab four-time Pro Bowl performer Jamaal Charles. That’s a mighty fine bounty for a player in Jared Allen that already had one foot out the door.

In a rare trade that worked out for both sides, Allen did exactly what was asked of him in six seasons with Minnesota, racking up four Pro Bowl appearances and 85.5 sacks.

Interestingly, Minnesota picked up center John Sullivan with the sixth-rounder it acquired in this deal. Sullivan has started 93 games in his six seasons and is expected to remain the starter this year if he’s healthy following two back surgeries.

2. Baltimore Ravens trade No. 8 pick to the Jacksonville Jaguars for four picks

Most draft-day trades end up working out for one side while the other team falls flat on its face. This is exactly what happened when these two AFC rivals came together on a deal during the first couple hours of the 2008 NFL draft.

Jacksonville yielded a first rounder, two third-round picks and a fourth rounder in order to move up from 26th overall to the eighth pick. Unfortunately for the Jaguars, they used that pick on a defensive end in Derrick Harvey, who recorded eight sacks in three seasons with the team. Ultimately, Harvey found himself completely out of the NFL within four years.

To put this into perspective, the four picks Jacksonville gave up to get Harvey could have been used to restock an aging roster that had put up 11 wins the previous season.

On the other hand, Baltimore nabbed a franchise quarterback in Joe Flacco who led the team to the Super Bowl title with the 18th pick. That selection came after the team moved up from 26th overall, yielding a third and sixth rounder in the process. 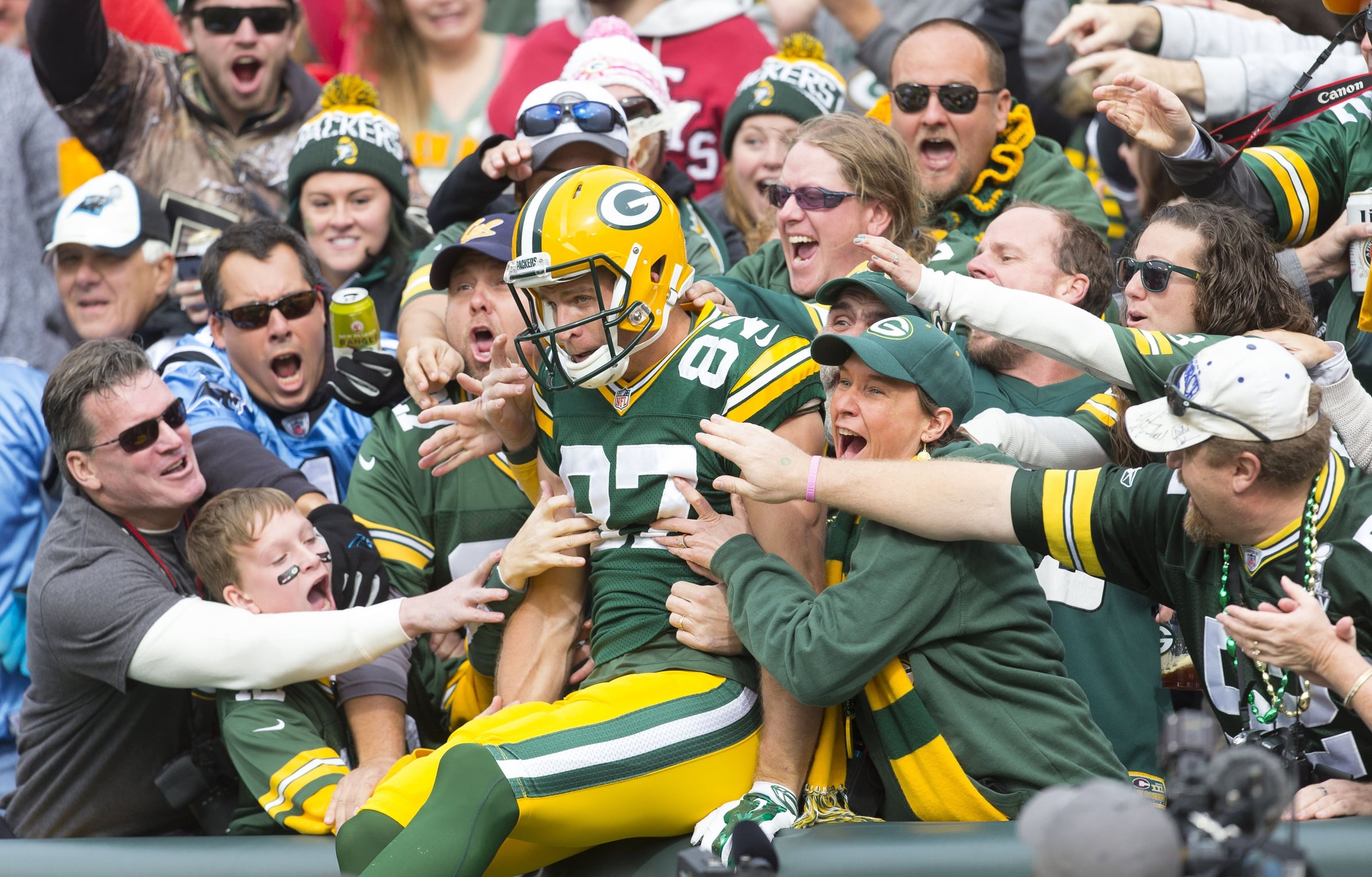 By trading down just six spots from 30th to 36th overall, Green Bay was able to pick up an additional fourth-round pick in this deal. While that pick (defensive end Jeremy Thompson) bombed out, the second rounder was an absolute coup.

Green Bay picked up a relatively unknown 6-foot-3 receiver in Jordy Nelson from Kansas State with that selection. All Nelson has done in seven full seasons with the team is rack up 400 receptions for over 6,100 yards and 49 touchdowns.

On the other hand, the Jets missed out on a player that many considered to be a sure prospect. They selected the top tight end in the draft, Purdue’s Dustin Keller. Despite putting up some solid seasons for New York, Keller was exiled from the team after four years due to multiple injury issues.

4. Baltimore Ravens trade down in second round with Seattle Seahawks

A little bit of good. A little bit of bad. For the second time in this draft, Baltimore traded down while picking up a future Pro Bowl performer. By moving down from the 38th pick to 55th overall, Baltimore selected former Rutgers standout Ray Rice.

Prior to the well-known domestic violence incident cutting his career short, Rice earned three Pro Bowl trips and put up over 9,200 yards in six seasons with the team. The debate will obviously continue to rage about whether he was worth it.

On the other side of the ledger, Seattle picked up a semi-productive tight end in John Carlson in this deal. Carlson put up 1,500 yards and 13 touchdowns in four seasons with the team.

5. Philadelphia Eagles trade 19th pick to the Carolina Panthers for second and fourth rounders in 2008 and first rounder in 2009

This is a relatively complex deal for numerous reasons. First off, Philadelphia only used one of the three picks is acquired here to select a player. That came in the form of guard Mike McGlynn in the fourth round of the 2008 draft.

Secondly, it actually traded the next year’s first rounder to the Buffalo Bills for offensive tackle Jason Peters.

That’s where this gets interesting, and pretty much turns the trade into a major win for Philadelphia. Peters, acquired from Buffalo for a first, fourth and sixth rounder, has earned a Pro Bowl trip in each of the six seasons he’s been healthy in Philadelphia — a span that includes two First-Team All Pro selections.

A debate could also be made that by acquiring an additional second-round pick, Philadelphia was able to select a player in DeSean Jackson that didn’t fill a specific hole on offense at that time.

Unfortunately for Carolina, this deal didn’t work out too well for the team. It selected offensive lineman Jeff Otah with the first-round pick acquired from Philadelphia. Otah started 29 games in three seasons before being forced into early retirement to injury.

Here’s a game that can’t be too much fun for fans in Carolina. With the second rounder they yielded in this deal, the Panthers could have landed Matt Forte (second rounder in 2008).  Ouch!