What the NFL Can Learn from Mark Cuban

Special thanks to Business Insider for providing this compilation of the greatest Mark Cuban quotes ever. The Dallas Mavericks owner has always been known as somewhat of an oddball around the sports world.

He doesn’t get along with the powers to be in the NBA or the NFL. He marches to the beat of his own drum and isn’t afraid to make the controversial comments.

Here are some of the greatest from Mr. Cuban himself and how the NFL may be able to learn from him to create change in a landscape that obviously needs change. We start off a bit light-hearted by looking at Cuban’s eccentricities and then move further into a serious conversation about the direction of the league and how the Dallas Mavericks owner might be able to help it progress through these tough times.

The billion was, ‘I can’t f—ing believe it.’ Literally, I was sitting in front of a computer, naked, hitting the refresh because we were close — waiting until my net worth hit that billion when the stock price got to a certain point, and then I kinda screamed and jumped around and then got dressed.

We understand full well, Mark. When Jerry Jones earned his first billion he arrived at the gloryhole on the Cowboys’ party bus.

Keep a pulse on the stress levels and accomplishments of your people and reward them. My first company, MicroSolutions, when we had a record sales month, or someone did something special, I would walk around handing out $100 bills to salespeople.

Let’s just hope Mark wasn’t at the Kentucky Derby popping Molly’s. That really is the last thing anyone needs in the sports world. An owner doing ecstasy while throwing hundreds at women in big hats. Talk about a scandal. On another note, I am going to demand $100 from the owner of this site if my article goes viral.

I’m the one guy who says don’t force the stupid people to be quiet — I want to know who the morons are.

This might very well be the best quote in the creation of quotes. You’re only going to find out who the dumb people are by allowing them to speak up. Stupidity comes in all forms, but most of the time it’s oral. Just ask Stephen A. Smith and Skip Bayless. They have this on lockdown. 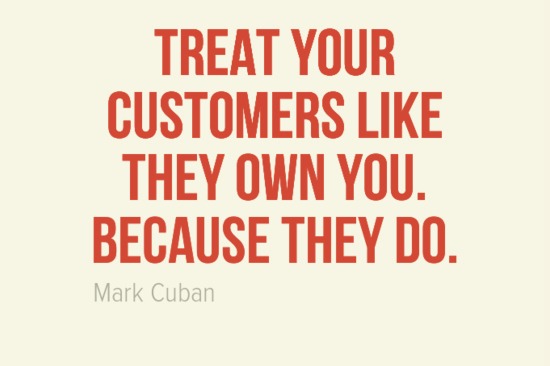 The NFL might want to take note of this motto. The league can only succeed if we continue to pay attention to it and buy tickets/merchandise. If the majority of NFL fans become disillusioned by the league as a whole, the economic bottom line of all 32 owners will be impacted. With the growing contingent of female fans and journalists around the football world, this understanding should start by supporting those who the NFL have turned a blind eye to. At the very least, Cuban understands this fully. 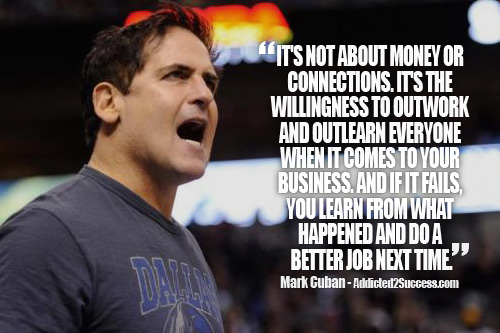 Calling Roger Goodell. You there, kind sir? In all honestly, nepotism and connections aren’t enough. One must work hard to create a model of success in order to be shown in the best of lights. Unfortunately, too many within the sports world rely on connections in order to avoid consequences, whether in the NFL or not.

Someone get Ryan Grigson, the Cleveland Browns are on the phone.

Well than Mark, tell us how you really feel about the NFL. These comments, which were originally made in March, have resurfaced around the social media world in the past couple weeks. And they are more relevant now than they were back in the spring.

Some pegged Cuban as being jealous of the popularity of a sport that he’s tried to get involved in for some time now. But after recent events, the NFL may want to take a step back and read these words again. Greed and an inability to create a sense of openness within the league office has caused a firestorm directed at Goodell and Co. that’s going to be incredibly hard for the NFL to recover from in the short term. Nothing short of a complete overhaul of league policies or those involved in the decision-making process will do here. At least that’s what some experts have indicated in the past few weeks.

Whether you like Cuban really isn’t the point here. He has become so successful in life because of his philosophy and beliefs. Nothing was ever handed to him on a platter, and he knows full well how to run a company within a multi billion-dollar association.

Jokes aside, sometimes it takes the greatest minds of a generation to overcome the obstacles brought forth. As it relates to the NFL, maybe it’s time the league address the issues we see today with minds outside of the bubble that exists in the league office in New York City and within the owner’s boxes of the 32 teams around the league.