With just five regular-season games left on the NFL schedule at the start of December, things are heating up around the league. In addition to playoff races coming into focus, some top players are emerging as favorites to win the league’s most prestigious individual awards.

While there is plenty of room for debate, these are the top players in my mind set to win at the end of the year. 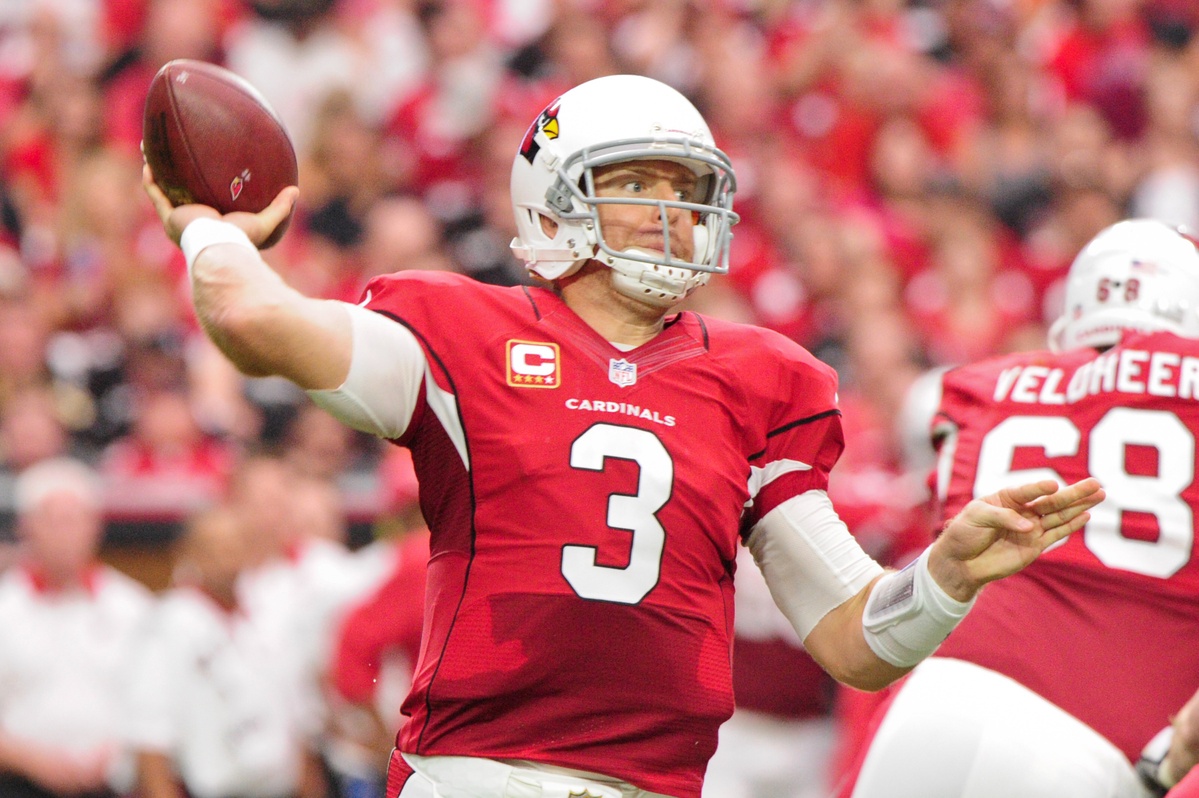 Despite suffering a season-ending knee injury last year, Palmer, at the age of 35, is playing the best football of his 12-year career. Palmer would be in line for the league’s MVP award if not for the fine play of another superstar signal-caller, and he still has time to assert himself towards that goal.

Completing 63.8 percent of his passes for 3,337 yards with 27 touchdowns and nine interceptions, Palmer leads the most explosive passing attack in the NFL. According to ESPN Stats & Info, no quarterback in the league has completed more touchdown passes that travel 15-plus yards downfield than Palmer, who has 11 of those.

Palmer’s resurgent season has also been a boon for receiver Larry Fitzgerald, who is having one of the best seasons of his legendary career.

In addition to his outstanding statistical achievements, Palmer has led Arizona to a 9-2 record playing in the toughest division in football. The Cardinals are currently the No. 2 seed in the NFC and have an excellent chance to secure a first-round bye in the playoffs with five games remaining. 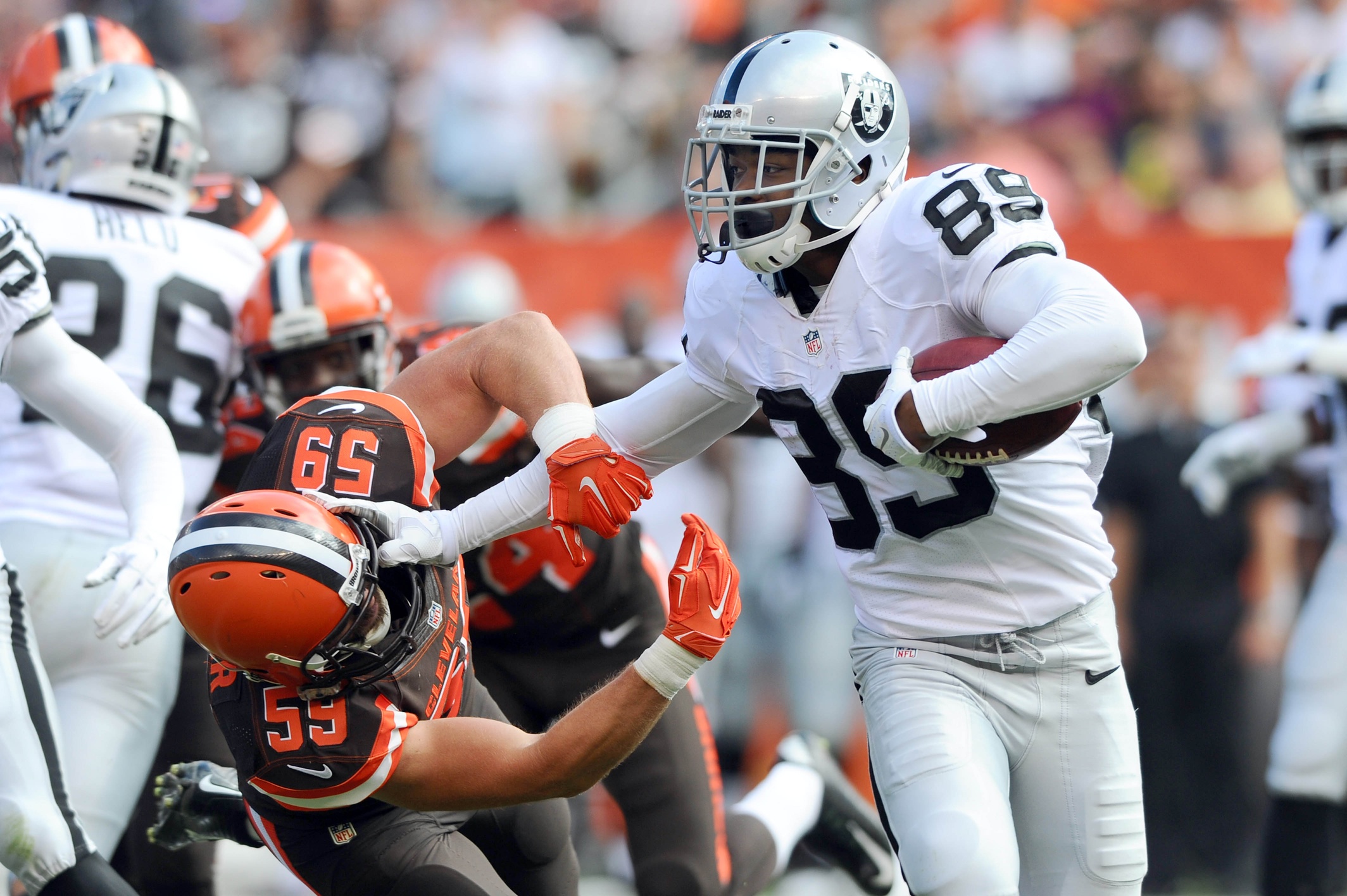 Even more so than the two rookie quarterbacks playing for Tampa Bay and Tennessee, Cooper deserves praise for what he’s done in his first season with Oakland. It’s not often that rookie receivers have the kind of impact he’s having, as the receiver position is one of the toughest to excel at early in one’s career.

It’s saying something that Cooper has already surpassed all other former Raiders rookies in receiving yards, and he has plenty of opportunities left this season to add to his impressive totals.

In addition to Cooper’s 851 receiving yards, he has hauled in four touchdown passes and has displayed a knack for the big play with 12 catches for 20-plus yards and has caught 35 passes that went for first downs. On pace to gain 1,238 yards and six touchdowns, it’s clear Cooper was worth the No. 4 overall pick the Raiders spent in the 2015 NFL Draft to land him.

Just for good measure, the rookie has had the likes of Jerry Rice gush over his skills (watch here). Before the season, Rice called Cooper, “their new Tim Brown. [Cooper]’s very much like Tim Brown, very explosive, got speed to burn, really going to strike fear into the opposing team.”

Raiders fans should be ecstatic about the team’s future, with second-year quarterback Derek Carr and Cooper leading what should be a dynamic offense for years to come. 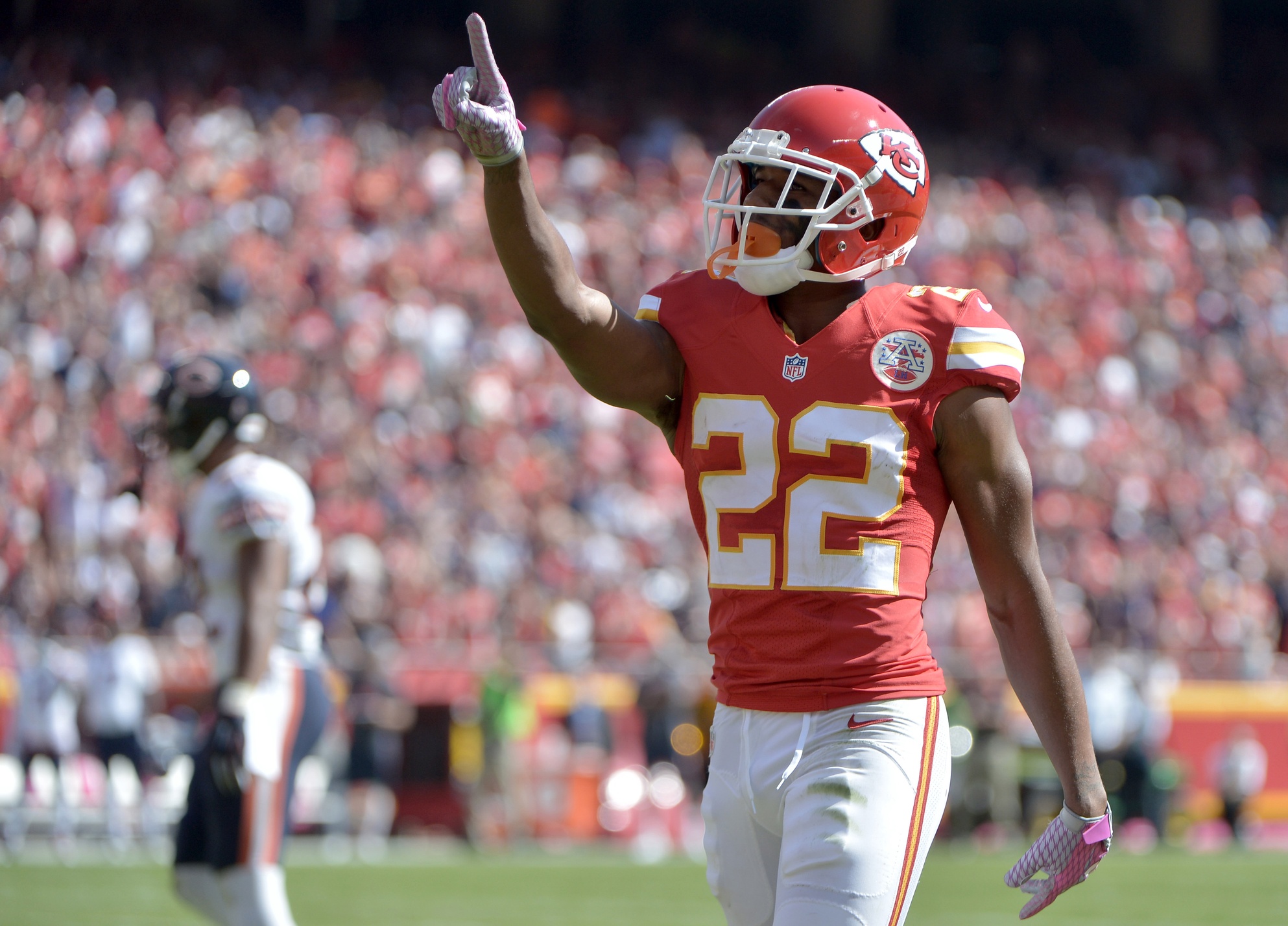 When Sean Smith was suspended the first three games of the season, many wondered if the Chiefs had the depth to make up for his absence. Peters stepped in beautifully in Smith’s stead, intercepting a pass in his first two games as a pro.

Needless to say, the question of whether or not he could compete against the best receivers in the world was quickly answered and it was impossible for Kansas City to take him out of the starting lineup even when Smith did come back.

To be fair, he has experienced more than a few bumps in the road, allowing seven touchdowns in his first eight games and garnering seven penalties. However, Peters hasn’t allowed a touchdown in his last three games and now has four interceptions on the season, along with an impressive 13 passes defended.

Looking more like a seasoned pro than a wide-eyed rookie, Peters appears to be a gem who should shimmer even brighter as he continues to learn on the job. Just a tremendous pick-up for general manager John Dorsey and the Chiefs, who are suddenly surging into the playoff picture down the stretch run. 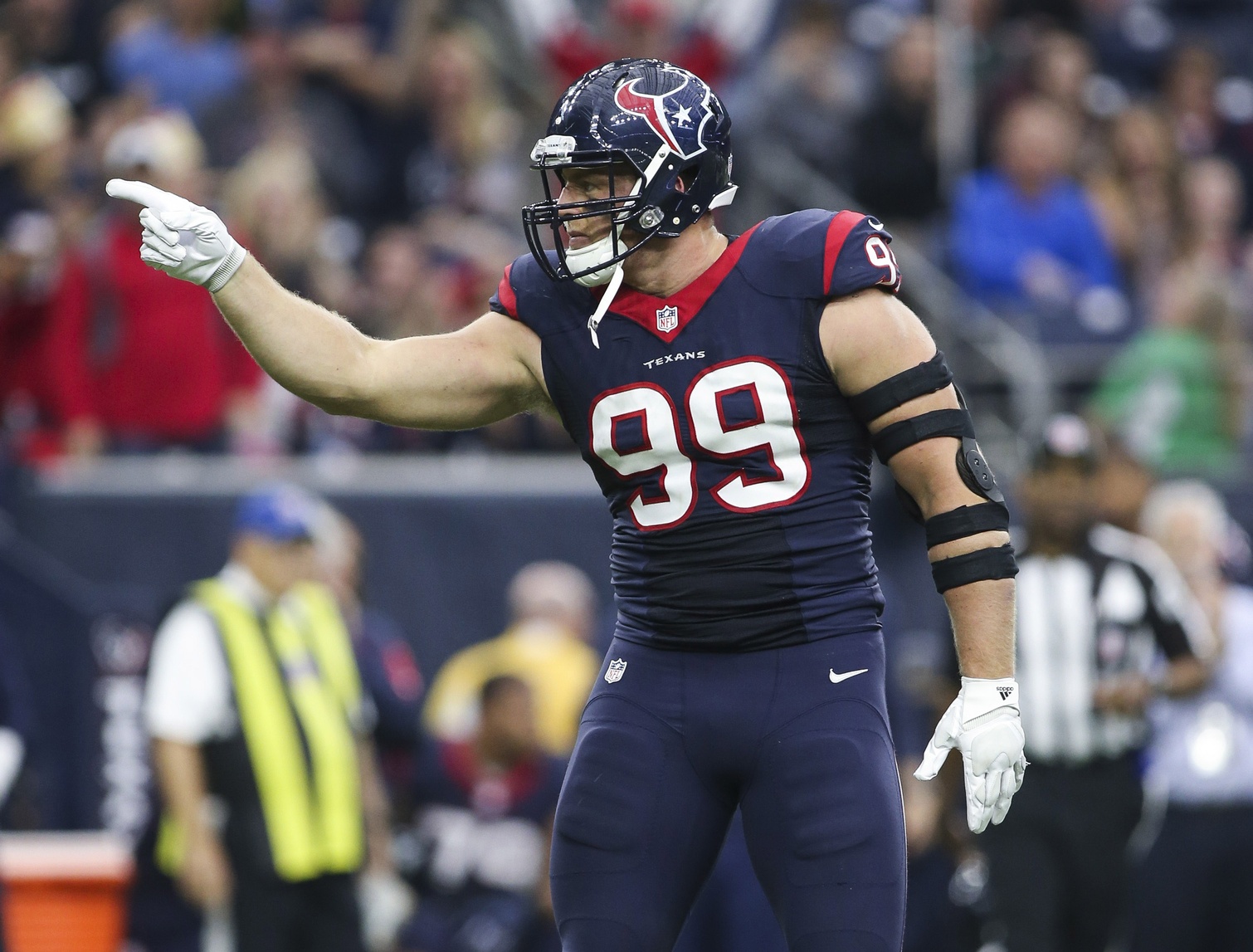 Peering deep into my crystal ball, I see the NFL re-naming this the “J.J. Watt Award” after he rattles off a dozen of these suckers in a row.

The NFL’s best player — at any position — is having another phenomenal season for the Houston Texans. Watt already has 13.5 sacks, leading the league. To put that into some context, the entire Buffalo Bills defensive line has managed just 10 sacks all year, according to James Palmer of NFL Network.

And the sack totals, while impressive, barely scratch the surface when discussing Watt’s impact on every game in which he plays. Teams oftentimes double- and triple team the man, yet he’s still getting quarterbacks off their marks at a staggering rate, with 29 quarterback hits and 25 hurries. Don’t try running at him, either. It doesn’t work.

He’s also known for his unique form of trash-talking on the field (watch here).

No defensive player in the NFL can compare to Watt when it comes to dominance. Opposing offenses have to completely alter their game plans to account for him, and yet he’s still producing at a prodigious pace. At his current rate, Watt will finish the season with 19.5 sacks, which would give him 76.5 in his first five seasons. 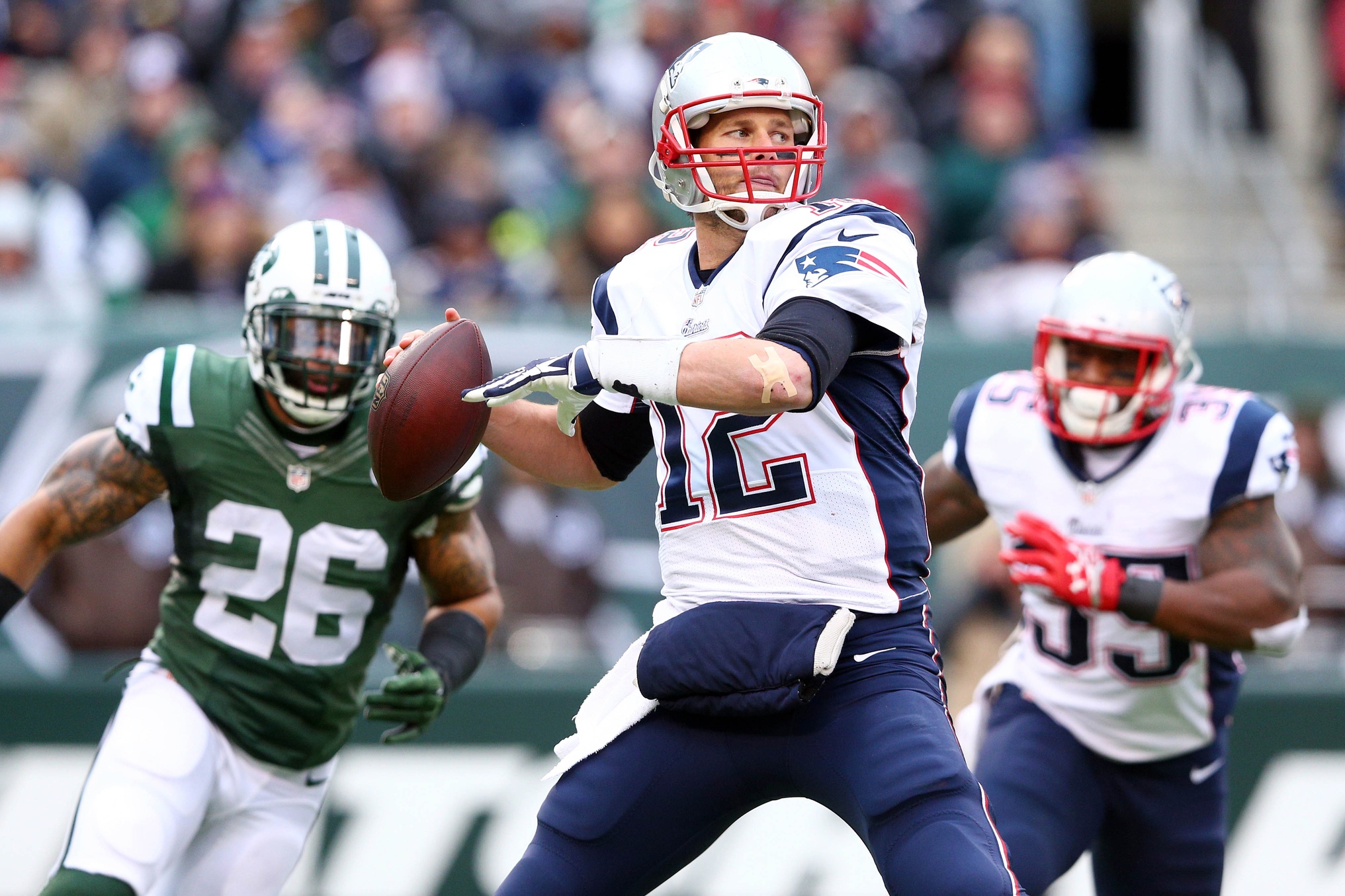 No NFL quarterback in modern history has done more with less than Brady has done with the New England Patriots. No receivers? No Problem.

No one has ever done more with guys who are essentially JV receivers than Tom Brady.

His record-setting performance in 2007, when he played with legendary receiver Randy Moss and threw 50 touchdowns, was the only glimpse anyone has ever gotten into what his career could have looked like if he’d developed with a young stud receiver.

After winning four Super Bowls, though, Brady likely isn’t dwelling on any of that.

Just like he’s done throughout his career, the future Hall of Famer has made some darn good lemonade this year out of an unimpressive receiving corps that doesn’t feature a single capable perimeter threat.

Playing like his life depends on it, Brady has completed 65.2 percent of his passes and leads the league with 3,600 passing yards and 28 touchdowns. And the best part is his four interceptions. The guy has been as sharp as a honed diamond and refuses to allow his mistakes keep the Patriots from winning games. 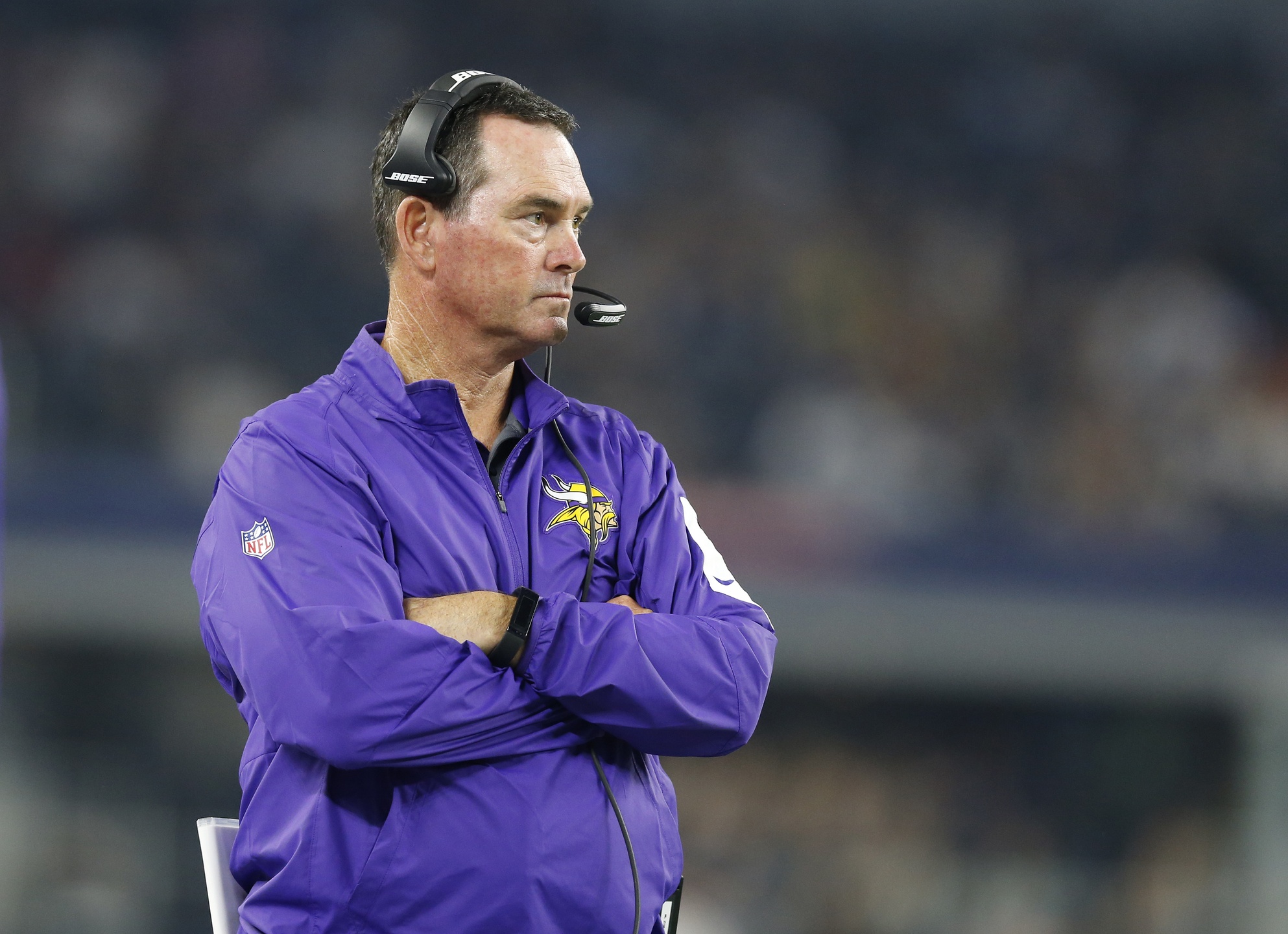 Many NFL analysts and others in the business were stunned it took Zimmer as long as it did to land a head coaching position, given his talent for the game and as a leader. Now he’s proving all of them right.

Vikings fans know what kind of impact the former Cincinnati Bengals defensive coordinator has had the past two years on his football team. Coming in as a rookie last year with no head coaching experience, Zimmer has drastically turned this once-mediocre franchise around into a playoff contender.

After Minnesota fired Brad Childress in 2010, it quickly became clear Leslie Frazier wasn’t taking the Vikings anywhere but down — the 2012 playoff team notwithstanding. General manager Rick Spielman gave Zimmer his first chance (finally), and Minnesota has quickly become a team nobody wants to face in the head coach’s second season.

Featuring one of the league’s stingiest defenses and an up-and-coming offense, led by second-year quarterback Teddy Bridgewater and all-world running back Adrian Peterson, the Vikings are built for playoff football. With a record of 8-3 and a one-game lead over NFC North rival Green Bay, it’s time for Zimmer’s squad to kick it into high gear down the home stretch. 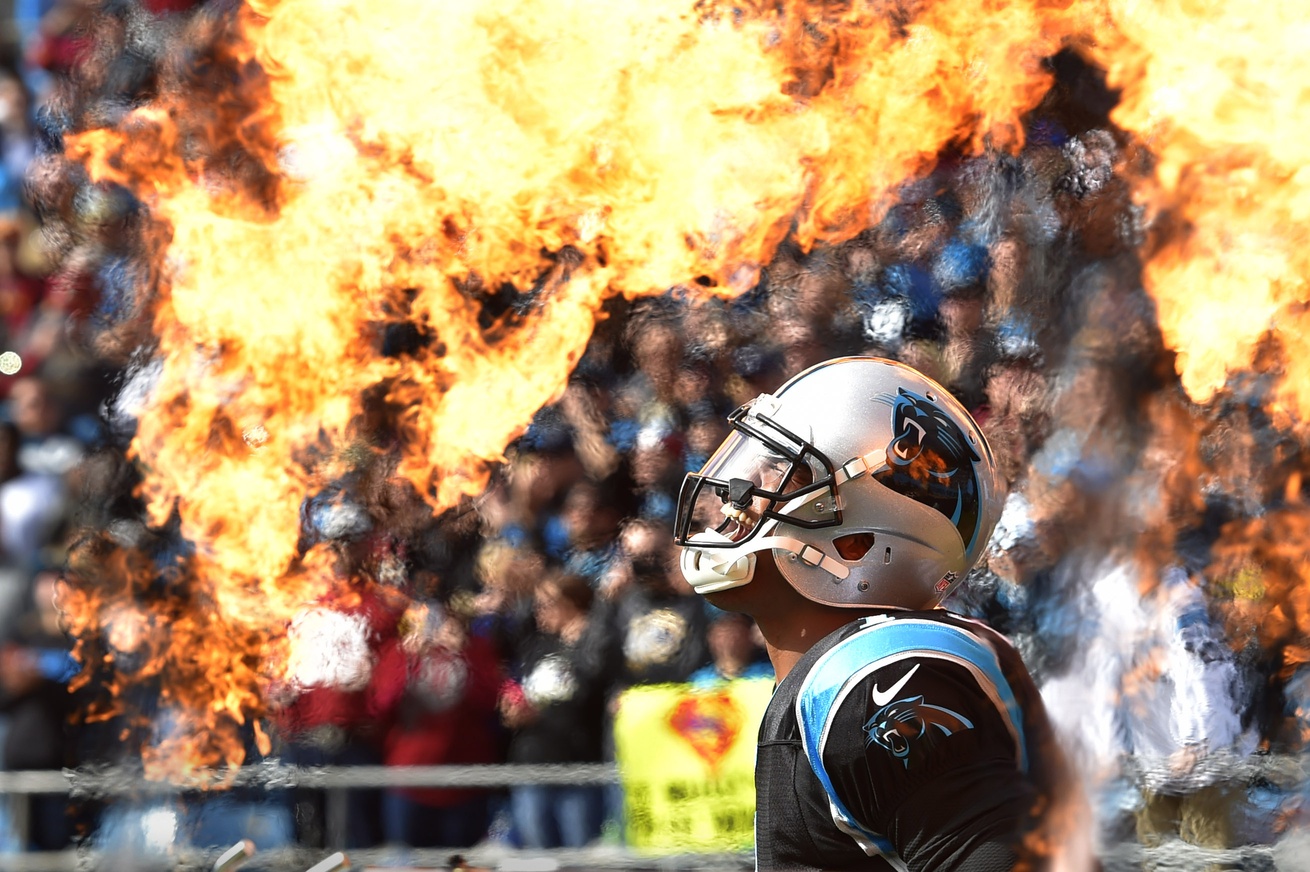 Take Cam Newton out of the equation and what are the Carolina Panthers? Certainly not 11-0, and you’re likely looking at a team that would be lucky to win half its games. He is the most valuable player in the league right now on the NFL’s best team, and the spotlight doesn’t bother him one bit.

His detractors point to his stats.

“He only completes 57.2 percent of his passes,” they say. “He’s not even breaking 210 passing yards per game,” they whine.

Cam does it all on the offensive side of the ball. Whenever his team needs a key first down or a late-game scoring drive, he finds a way to get the job done — with his arm or his legs. This is likely due to his underrated preparation, which has gone unnoticed for far too long.

He has 27 total touchdowns this year, which puts him in elite company, and is one of only two quarterbacks to beat the Seahawks in Seattle this year. And the way Newton pulled off the victory was all the more impressive, leading his Panthers on two touchdown-scoring drives in the final few minutes of the game.

Newton’s poise in the pocket, his calm under pressure, his ever-evolving, ever growing knowledge of the game and his raw physical talent have been a pleasure to witness as he leads the only remaining undefeated team in the NFL.