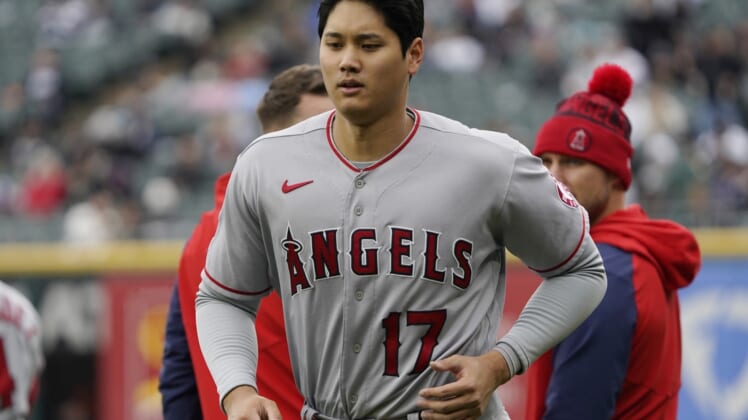 Los Angeles Angels star Shohei Ohtani is not in Monday’s starting lineup and his next start on the mound is in limbo after coming away with a minor groin injury Sunday.

Ohtani is available off the bench in the Angels’ Monday matinee against the Chicago White Sox. His next scheduled start was expected to take place this week at Boston after the right-hander last started Wednesday against the Cleveland Guardians.

The injury did not require an MRI. It occurred during Sunday’s game as he ran to first base while grounding into a double play. He was lifted for a pinch hitter in the ninth inning.

Angels manager Joe Maddon said an Ohtani start against the Red Sox remains undetermined but he hopes he’ll be able to pitch in the series.

“We’re going to wait a day or two to figure that out. He’s feeling pretty good today,” Maddon said.

The Angels listed right-hander Noah Syndergaard as their starter Tuesday at Boston, with no starter listed for games Wednesday and Thursday.