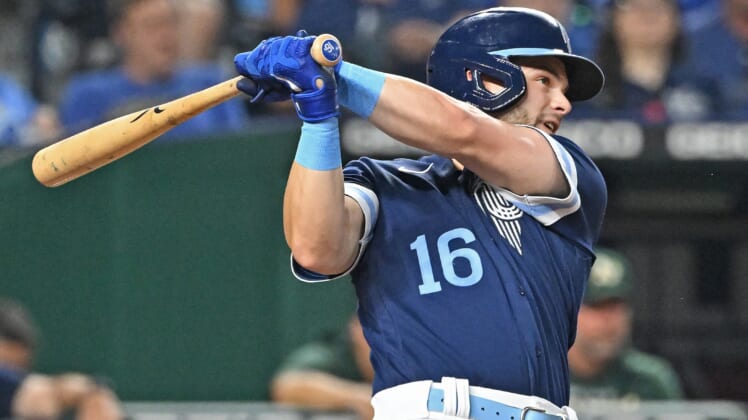 Ahead of the August MLB trade deadline, the New York Yankees will look to get MVP candidate Aaron Judge some outfield help, and trades with the Kansas City Royals, Chicago Cubs, or rival Baltimore Orioles are possible in that pursuit.

The Yankees are seven games better than any team not just in the American League, but the entire MLB. The team has been off to a ridiculous start in 2022, and it’s been led by impending free agent Aaron Judge. However, that doesn’t mean they are not going to look to improve on certain weaknesses ahead of the trade deadline next month.

One area that certainly could use an upgrade is in left field. The platoon of Aaron Hicks and Joey Gallo are batting a combined .196 through the first 78 games of the season. While the team has certainly overcome the lack of offensive production from left, that is not a combo they can head into the playoffs with.

To address the problem, New York Post MLB insider Jon Heyman believes there are three players that would be perfect fits for the Yankees left field problem.

Benintendi is the player that is most likely to be traded. The Red Sox and Royals veteran is set to be a free agent after this season and the always cash-strapped Royals are not planning to give him a well-deserved raise.

Happ and Santander are both signed for at least one more season, and Heyman adds that may make them less likely to be traded. And that “the surprising Orioles are seen as reluctant to send an early sell message to fans/players by trading non free agents early.” 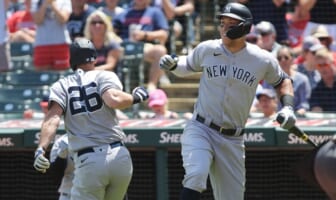 All three players have had strong seasons thus far with Benintendi batting .308, Santander having 14 home runs already, and Happ with a solid average and power numbers in 2022.