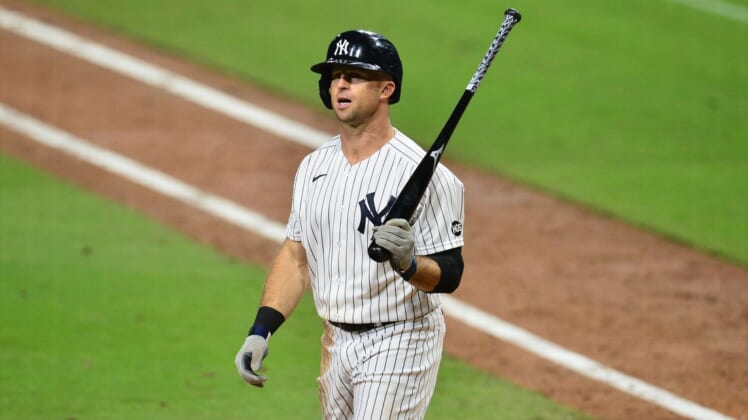 The longest-tenured active New York Yankee will be back with the team in 2021.

According to MLB.com, the deal includes player and team options for 2022.

After Gardner struggled during the pandemic-shortened 2020 season, hitting .223 with five homers and 15 RBIs in 49 games, the Yankees declined their $10 option on his contract. Gardner instead received a $2.5 million buyout and entered free agency before eventually returning to his only pro organization.

Gardner, 37, was selected by the Yankees in the third round of the 2005 draft, and he broke into the majors in 2008. He was part of the club’s most recent World Series championship team in 2009, and he is the last player from that squad still with the Yankees.

Gardner likely will be a reserve for New York this year. Clint Frazier, Aaron Hicks and Aaron Judge are penciled in from left to right in the outfield, and Giancarlo Stanton will be the primary designated hitter.