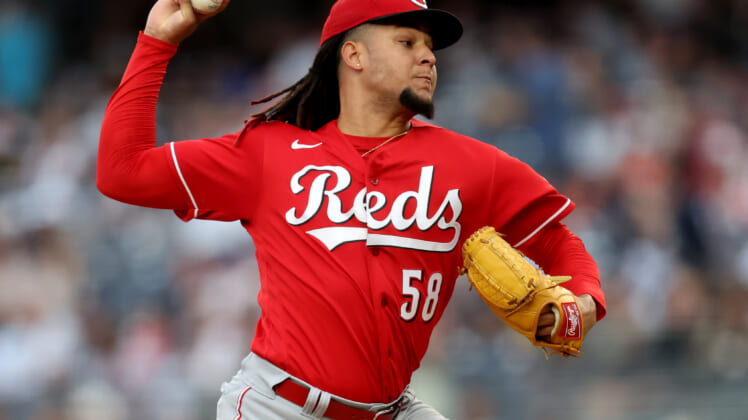 A new report claims the New York Yankees have moved to the front of the line in the Luis Castillo sweepstakes, past their crosstown rivals the New York Mets.

On Thursday, New York Post MLB insider Jon Heyman revealed that despite recent news of the Cincinnati Reds’ asking price in a trade for the 2022 All-Star pitcher being too rich for the Yankees’ blood, the Bronx Bombers have become front runners to land the 29-year-old ahead of the Aug. 2 trade deadline.

Earlier this week, Heyman also reported that the Reds were looking for either Anthony Volpe or Oswald Peraza — the team’s top two prospects — in a deal. However, Yankees general manager Brian Cashman balked at the idea.

Will the New York Yankees give in and give up a top prospect for Luis Castillo?

The Mets were an early front runner to pull off a deal to bring the two-time All-Star to New York. However, Heyman notes in his new report that their focus has shifted to hitters. That may be due to the fact that Jacob DeGrom is primed to return to the rotation this month, and their other starters — beyond DeGrom and Max Scherzer — have performed well in 2022. Making the need for a starter less pressing.

When it comes to the Yankees, the lat injury Luis Severino suffered this week certainly changes things. He had a similar injury in 2019 that led to him missing much of the season. Then there is the fact that the market for high-end starters is thin this year. 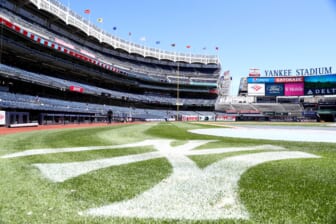 The Yankees’ last World Series came in 2009 and it must surely feel like an eternity for a franchise used to excellence. With the team having the best record in the league and in the best position to win a title in a decade, it seems hard to believe the Steinbrenner family will be fine with Cashman passing on a starter that could be a major help in their championship hopes for a top prospect with no guarantees. Expect the Yankees to get a deal done.