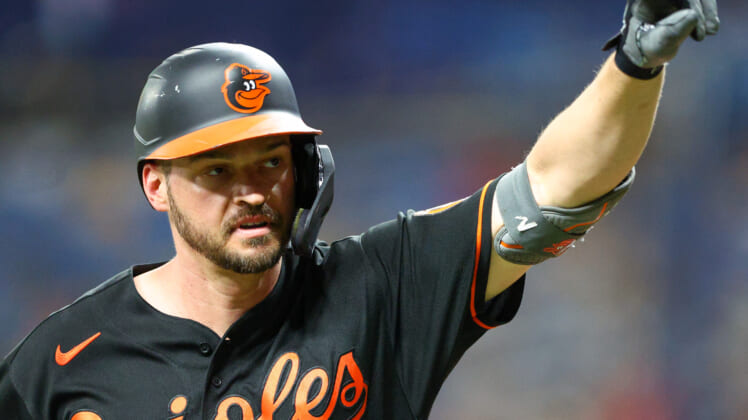 With the MLB trade deadline just days away, the New York Mets are still very much on the hunt for several big-time players, however, one of the top names up for grabs may be available for a price the team can’t meet.

While the Mets haven’t lured in a big fish from the trade market just yet, they have been active over the last couple of weeks. Along with being linked to several players from rival teams, on July 23 the team secured a trade for rotund Pittsburgh Pirates designated hitter Daniel Vogelbach. And on Thursday, they made another minor deal to acquire Tyler Naquin and left-hander Phillip Diehl from the Cincinnati Reds.

However, the team is still big game hunting and two players they have been linked to in recent days, Willson Contreras and Trey Mancini, are still on New York’s radar based on a new report from SNY Mets insider Andy Martino.

“Mets still talking to multiple teams about the next move for their offense, gauging prices. Josh Bell was supposed to be the first chip to move and get DH market rolling, obviously hasn’t happened yet. Contreras, Mancini, and more still among options Mets looking into,” Martino wrote on Twitter Thursday.

While the Mets are strong candidates to land either or both Contreras and Mancini, one player they may be more of a long shot to acquire is talented first baseman Josh Bell. The Washington Nationals star has many suitors and some of them seem to have stronger offers than New York.

The one-time All-Star is having a strong season in 2022 and is on pace to have career-best numbers in average, on-base percentage, and slugging. The 29-year-old is set to become a free agent following this season.