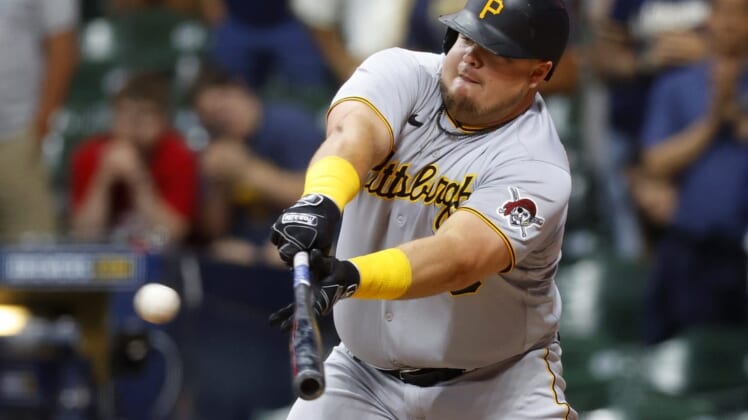 Vogelbach, 29, is batting .228 this season with 12 home runs and 34 RBIs across 75 appearances. He primarily served as Pittsburgh’s designated hitter this season, appearing in five games as a first baseman.

A career .213 hitter, Vogelbach’s best season came in 2019, when he earned his first and only All-Star nod while with the Seattle Mariners. He hit 30 home runs and 76 RBIs that year while scoring 73 runs and drawing 92 walks.