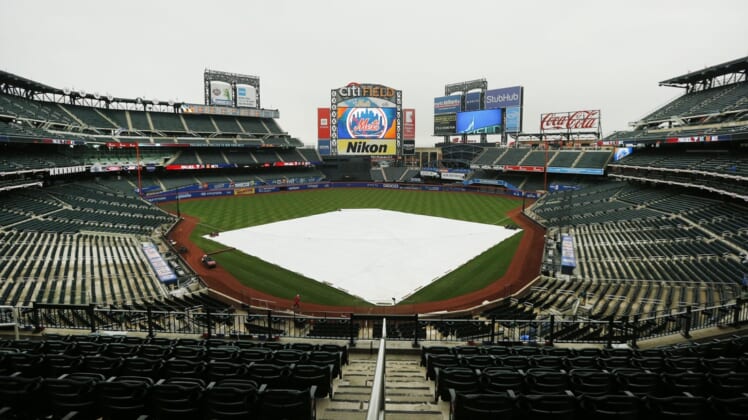 Apr 15, 2021; New York City, New York, USA; A general view of Citifield with the tarp on the infield prior to the game between the Philadelphia Phillies and the New York Mets at Citi Field. Mandatory Credit: Andy Marlin-USA TODAY Sports

The series finale between the visiting Philadelphia Phillies and New York Mets set for Thursday was postponed due to rain.

The game has been rescheduled as part of a doubleheader on June 25. It marks the third rainout in five days for the Mets and the second with the Phillies. The teams played a doubleheader Tuesday.

The Mets were trying for a four-game sweep.

The Mets travel to Colorado to open a series against the Rockies on Friday while the Phillies return home to play the St. Louis Cardinals.