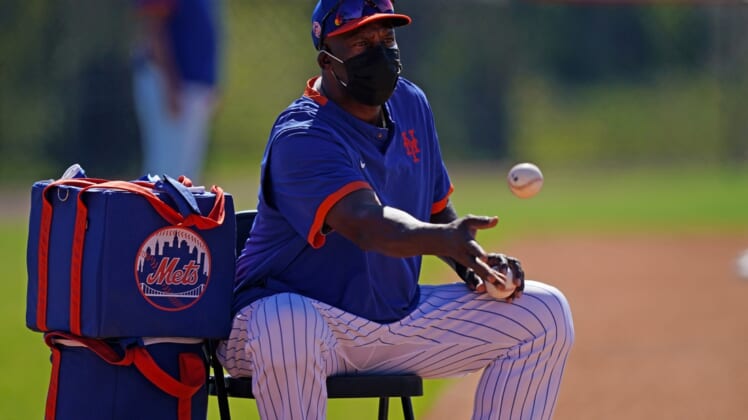 They announced immediate replacements, with Hugh Quattlebaum taking over for Davis and coach and Kevin Howard filling Slater’s role. Both will be on the job Tuesday in St. Louis, according to the Mets.

New York lost 6-5 to the Cardinals on Monday, scoring five or more runs for the third game in a row. Before that, the Mets scored four or fewer runs in 17 of the season’s first 20 games.

The Mets have one of the five worst slugging percentages (.364) in the major leagues despite a top-five on-base percentages (.324), and they are dead last in home runs (18). Their .240 team batting average ranks among the top half of the 30 teams.

Davis, 61, was in his third season as the Mets’ hitting coach after previously holding that job with the Oakland A’s, Boston Red Sox and Chicago Cubs. He was a three-time All-Star and a three-time World Series champion in a playing career spent mainly with the San Francisco Giants and the then-California Angels.

Quattlebaum, 42, is in his first year in the Mets’ system. He gets a promotion from minor league director of hitting development. Quattlebaum came to the Mets from the Seattle Mariners organization.

Howard, 39, took a job as the Mets’ director of player development this year after six seasons coaching in the Cleveland Indians organization.