The hate in the New York Jets locker room for quarterback Zach Wilson is so strong, that new reports claim the coaching staff would have a mutiny on their hands if he were the starter again in 2023.

Wilson’s sophomore season in the NFL was disastrous. The second overall pick in the 2021 NFL Draft was expected to take notable steps forward in 2022 in the hopes that he could inch closer to becoming the team’s franchise quarterback. However, the exact opposite happened.

Instead of a progression forward in his game, the 23-year-old regressed in many key statistics, and his overall decision-making did not improve from his rookie season. The final straw came in late November when Wilson had a second awful performance against the New England Patriots where he was nine of 22 on his passes for a measly 77 yards and no touchdowns.

Wilson’s lack of accountability for his poor play in that and previous games reportedly led to a schism between him and his teammates. Unsurprisingly, Zach Wilson was benched the following week. On Thursday, NFL insider Dov Kleiman revealed that the locker room reportedly “rejoiced” at the news of backup Mike White usurping the starting role from Wilson.

It seems that what happened in Week 11 was just one of many instances of the young QB’s attitude that eventually turned teammates against him.

Following his original report on Thursday, Kleiman added more details on the issues teammates have with Wilson. Firstly, was the fact that the New York Jets players “openly grumbled” when the BYU standout was reinstalled as the starter with the season on the line in the final weeks after White went down with a rib injury.

The reason for the discontent with Wilson being back under center at the tail end of the season is that he reportedly was often “late to meetings, screwing around at meetings, and not having the right attitude” during the previous weeks. 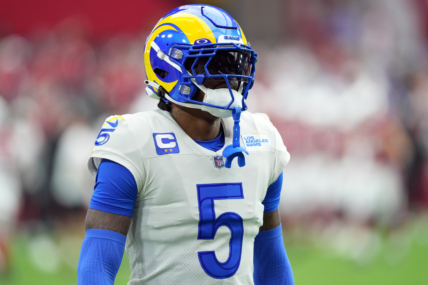 His lack of dedication to getting better as a player and to winning games has gotten to the point where teammates wanted nothing to do with him being their starter in 2023. The Score NFL insider Jordan Schultz claimed in a separate report this week that “there will be a mutiny if Zach Wilson was QB1 again. It’s not going to happen.”

The New York Jets are fortunate that in the offseason where they look to find a new starting QB, the signal-caller class in the 2023 NFL Draft is strong, and there are several notable quarterbacks who could be available in free agency, or via trades. Including NFL legends Tom Brady and Aaron Rodgers.