One pretty major domino fell on Thursday when the Cleveland Browns signed Robert Griffin III to a two-year, $15 million contract.

As one of the only viable free-agent quarterbacks, this signing shrinks what is already a watered-down market. It also places both Ryan Fitzpatrick and Colin Kaepernick center stage in the lead up to the NFL draft.

Let’s explain for a second here.

Currently in a stalemate with the Jets, free agent quarterback Ryan Fitzpatrick was already considered the best starting option on the market before RGIII signed with Cleveland.

That’s now magnified even further with the drop-off we see from Fitzpatrick to other options on the market, including Tarvaris Jackson and Brandon Weeden. 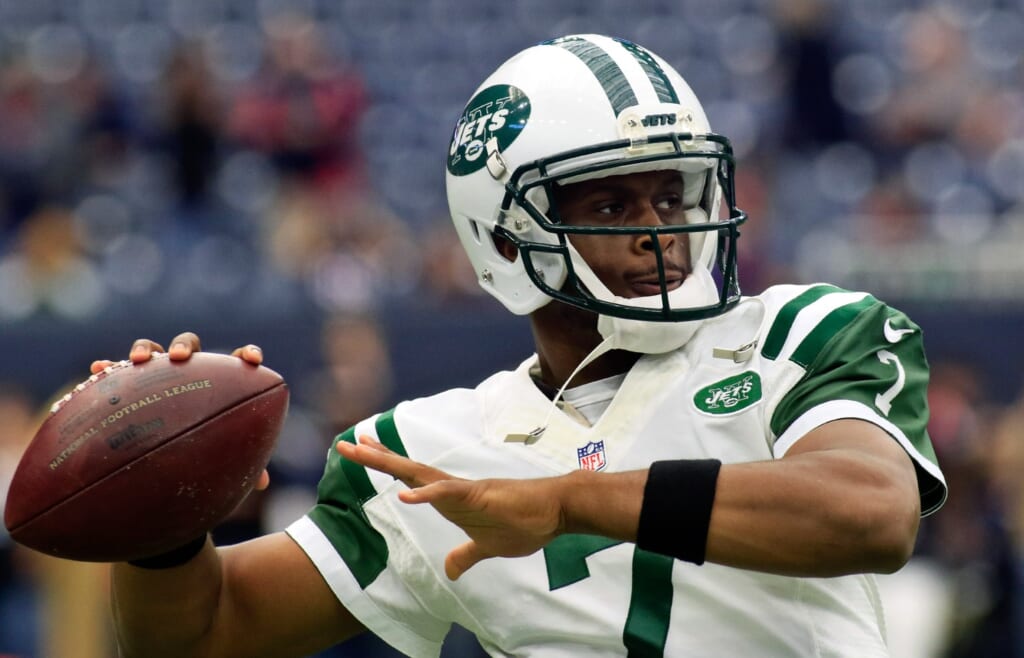 In short, the Jets don’t really have much negotiating leverage in talks with Fitzpatrick. The whole idea that the team is willing to go into next season with Bryce Petty and Geno Smith competing for a starting job is laughable. Fitzpatrick and his reps know this full well.

More than RGIII simply signing a deal with the Browns, the cash he received in said contract will also have an impact in the Jets’ negotiations with Fitzpatrick. The former Washington Redskins quarterback received $6.8 million in guaranteed money, including a $3.5 million signing bonus.

In essence, it’s a one-year deal at nearly $7 million — nearly the same exact annual salary Chase Daniel is earning under his recently signed deal with the Philadelphia Eagles.

That has to be considered high-end backup money for two quarterbacks expected to compete for starting jobs in training camp.

This comes on the heels of reports that the Jets were offering Fitzpatrick “backup” money during the NFL Scouting Combine. While the definition of said term is left up to interpretation, common logic suggests it’s “high-end backup money.”

If that’s the case, Fitzpatrick himself should be offended. The veteran isn’t going to re-sign with the Jets for cash that suggests he’s set to compete with Petty and Smith for the starting gig.

In addition to this, the Denver Broncos have been in contact with Fitzpatrick’s agents, a clear indication that the veteran has other options.

Meanwhile, the brass in New York did wine and dine RGIII prior to the embattled quarterback signing with Cleveland. That was seen more as a negotiating tactic in regards to Fitzpatrick. That’s also now off the table following Thursday’s news.

The Jets could now turn to the San Francisco 49ers and engage in trade talks surrounding Colin Kaepernick as a way to create more leverage in talks with Fitzpatrick’s agents.

One issue with this tactic. It was reported earlier in the offseason that Kaepernick himself has no interest in joining the Jets, at which points trade talks involving him turned to both the Broncos and Browns. 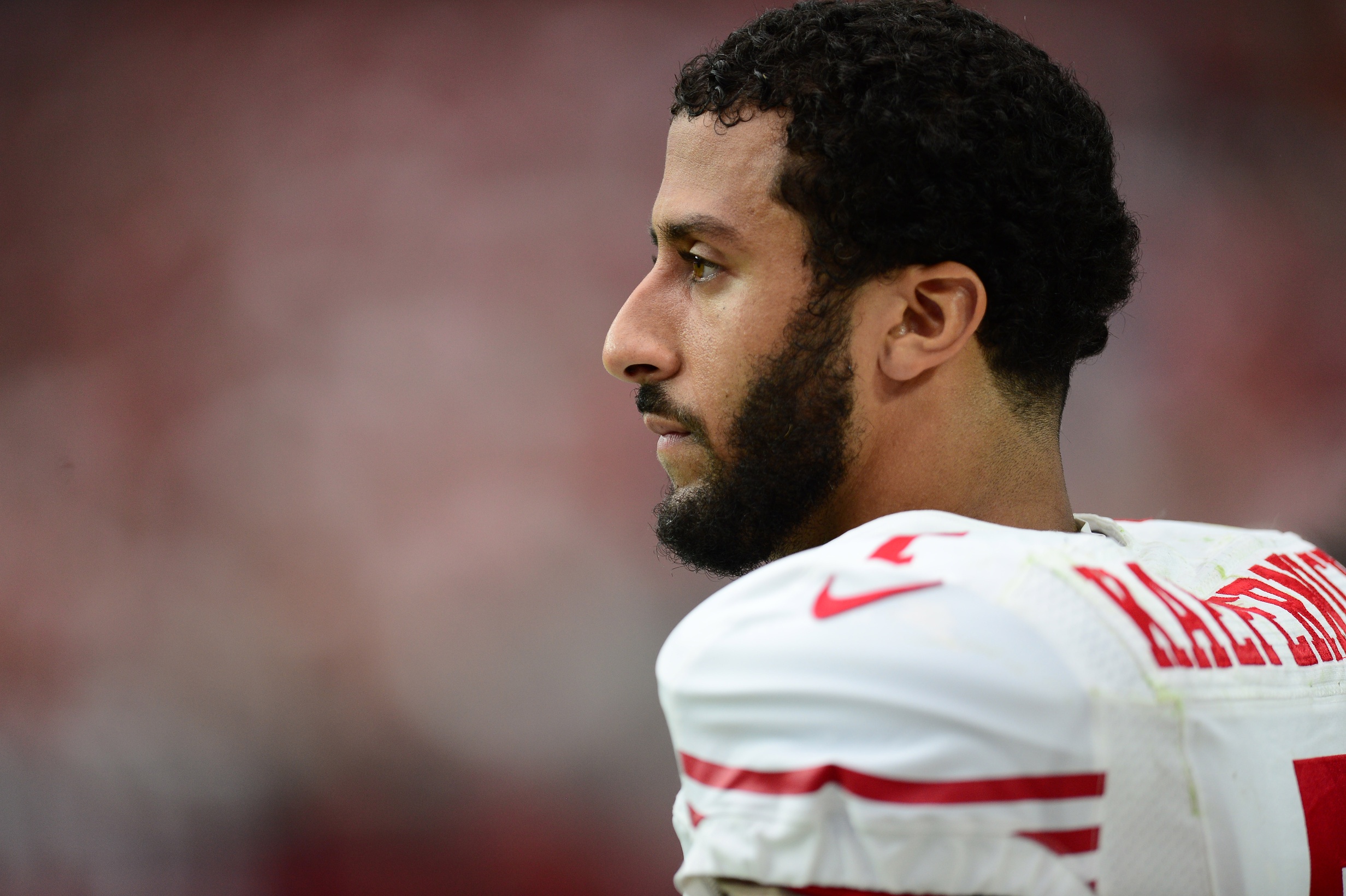 With it unclear whether the 49ers are willing to part with Kaepernick, New York is once against boxed into a corner. That’s magnified by the quarterback’s unwillingness to go to the Jets.

So while the Jets are seeing their options dwindle considerably, Kaepernick himself is also put in a less-than-ideal situation.

If he doesn’t want to get to the Jets after balking at the idea of joining the Browns, that would leave Denver as the only realistic destination for the enigmatic quarterback.

The issue here is that the Broncos and 49ers have been unable to agree to terms on the compensation package that would head back to San Francisco in any deal involving the quarterback.

Common logic suggests that New York will find a way to re-sign Fitzpatrick with Kaepernick dropping his trade demands and returning to San Francisco.

Common logic has also been missing up to this point in the offseason, especially when it comes to the quarterback position.

The backdrop to these questions obviously entail less-than-ideal scenarios for all involved parties.

Can San Francisco justify heading into the 2016 campaign with Blaine Gabbert as the starting quarterback? And if that happens, how will an already upset fan base react?

Coming off a solid 10-win 2015 campaign, can the Jets justify heading into next season with Petty and Smith competing for a starting job?

Even more so than the teams involved in this dramatic NFL-centric soap opera, the quarterbacks have some pretty interesting decisions to make.

Fitzpatrick had a ton of success with the Jets last season, putting up career-high numbers all across the board. Meanwhile, the majority of Kaepernick’s success came with a quarterback-friendly head coach in Jim Harbaugh. Does he not see the correlation there with Chip Kelly?

In a quarterback market that has been driven by backup caliber players receiving starting money and those with no real previous success earning nearly $20 million per season, we have learned to expect the unexpected.

Could this mean Kaepernick will end up in New York with Fitzpatrick making his way to the Bay? Will one end up competing with Mark Sanchez to start for the defending champion Broncos? Imagine that scenario for a second.

The one thing we do know here is that we have to expect the unexpected, something that will likely come to head before this year’s NFL draft in Chicago late next month.

For now, the only thing settled is RGIII in Cleveland. If you had even money on that, it might be time to take a trip to Vegas.