Despite a 5-2 record as the New York Jets’ starting quarterback in 2022, the team has decided to bench Zach Wilson after a pair of awful performances against the New England Patriots in recent weeks.

On Wednesday morning, ESPN NFL insider Adam Schefter broke the news that the New York Jets will not be starting Zach Wilson at QB for their 1 PM ET game against the Chicago Bears on Sunday.

“During a team meeting minutes ago, Jets players were informed that Zach Wilson is not starting Sunday’s game vs. the Chicago Bears, sources tell ESPN. Wilson — who had a 5-2 record as a starting QB this season, with both losses coming vs. the Pats — is being benched.”

The decision by the organization is a little surprising but not completely shocking. In two of the last three weeks, Wilson had a pair of career-worst showings against the Patriots. Throwing for a combined 432 yards, two touchdowns, and three interceptions in the two games. He has also shown little progress in his game after a rough rookie season in 2021.

However, what likely forced the team’s decision was Wilson’s lack of accountability which seemed to rub teammates and many in the organization the wrong way. In their 10-3 loss to the Pats last week, Wilson threw for 77 yards, no touchdowns, and had a 41% completion percentage.

After the team’s defeat on Sunday — where the New York Jets defense was outstanding in keeping the team in the game — Wilson was asked if he believed his play let the team down. In response, the 23-year-old gave a simple “no.”

That lack of owning his part in a frustrating loss reportedly bothered many players on the Jets roster. Opening the door to the possibility that the second overall pick in the 2021 NFL Draft could be removed from his duties in Week 12.

While the team does have a winning record in his starts this year, Wilson has only been marginally better in his play compared to his rookie campaign. His passer quarterback ratings are slightly up in 2022, however, his completion percentage is identical to last season (55.6) and he has one more INT (5) than TDs (4). 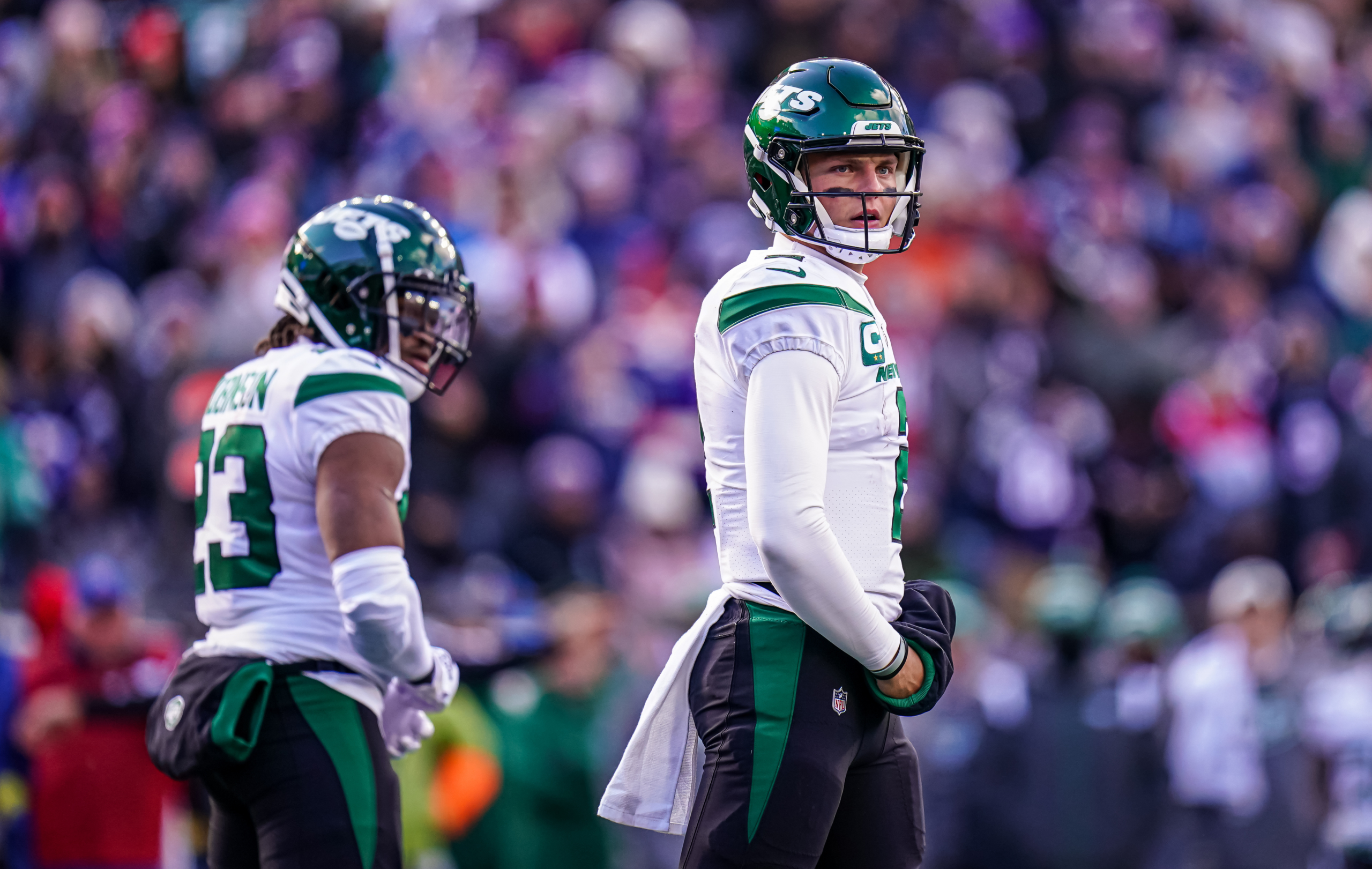 With the New York Jets still in the hunt for a playoff spot, they turn to Mike White and not 37-year-old veteran Joe Flacco at QB. The former Baltimore Ravens star filled in for three games to start the season and was solid in the role. Throwing for over 300 yards twice and tossing five TDs to three INTs

However, following the reports, head coach Robert Saleh announced White would get the nod on Sunday. White played in four games last season and had several bright spots that led some to think a QB controversy could develop with Wilson. However, his play eventually declined to where that controversy never materialized.