In what was one of the most entertaining games of the New York Giants and Washington rivalry, the Giants let victory fall through their grasp as they were defeated 30-29.

The game was back and forth throughout. But in the fourth quarter, the Giants had several opportunities to seal their first win of the season.

First with New York up 23-20, Darius Slayton dropped a wide-open touchdown in the end zone that would have given the Giants a 10-point lead with just over six minutes remaining. There was a blown coverage in Washington’s secondary and Daniel Jones threw a great pass, but it bounced off Slayton’s hands.

Then following a James Bradberry interception that gave the Giants the ball at the Washington 20-yard line trailing 27-26 with just over two minutes remaining, the Giants offense went conservative. They ran the ball twice with Saquon Barkley that gained three yards, and then Jones was off-target on a pass to Sterling Shepard on third down.

Graham Gano would connect 35-yard field goal to put them up 29-27, but there were two minutes remaining in the game.

Had the Giants been more aggressive with their approach, they could have either scored a touchdown or at least made a first down that would have made Washington’s chances of winning slim.

But they allowed quarterback Taylor Heinicke to engineer a 45-yard drive that took them to the Giants 30-yard line, setting up a 48-yard game-winning field goal attempt by Dustin Hopkins.

Hopkins kick sailed wide right and the Giants thought they escaped with a victory. But Dexter Lawrence was called offsides, and Hopkins was given another attempt from New York’s 25-yard line. This time, Hopkins kick split the uprights and Washington came away with a dramatic 30-29 victory.

This game is a prime example that more games are lost more than they are won. 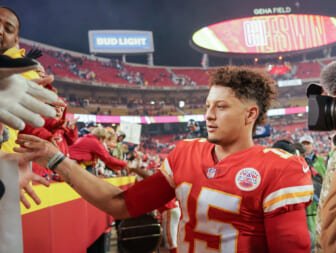 In addition to the mishaps that occurred in the fourth quarter, C.J. Board’s questionable holding penalty in the second quarter nullified a Jones 58-yard touchdown run that would have put them up 14-7.

Head coach Joe Judge will have a tough task on his hands to get his team to rebound from such a devastating defeat.

The loss not only ends Big Blue’s five-game winning streak over Washington, but for the fifth consecutive season the Giants have started a season 0-2.

With 15 more games to play, this loss by no means ends the season for the New York Giants. But their Week matchup against the Atlanta Falcons will be as important as a Week 3 game can get.