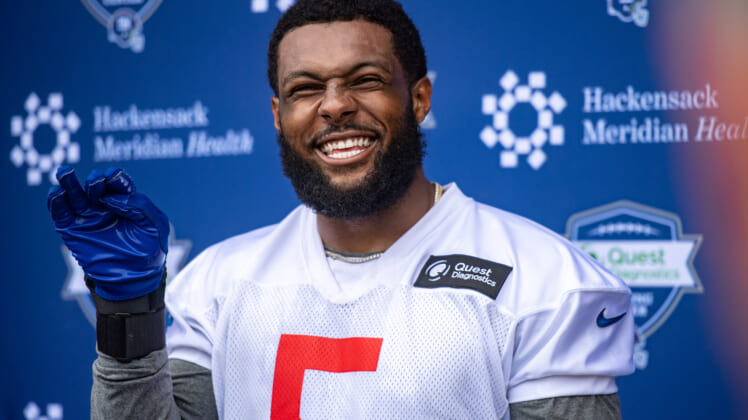 The New York Giants have officially signed their top picks from the 2022 NFL Draft, and Kayvon Thibodeaux will earn much more than fellow first-rounder Evan Neal.

On Friday, the New York Giants came to terms with their selections from the first round of the April draft. Their top overall choice, Evan Neal, agreed to a four-year contract to give the talented Alabama tackle $24.6 guaranteed and a $15 million signing bonus.

However, the man that was taken two picks before him at fifth overall, Thibodeaux, also put pen to paper on his first official contract in the NFL. And with being two spots higher than his new teammate, the Oregon star EDGE rusher also received a four-year contract — with a fifth-year option — but he will have some locker room bragging rights over Neal.

Related: Ranking the top-10 games on the 2022 NFL schedule

Kayvon Thibodeaux’s contract will be worth $31.3 million guaranteed, and he will get $5 million more in his signing bonus than the tackle when he is handed a $20 million check for signing his contract.

The two top-10 selections are expected to be starters on day one when they begin their first campaigns as professional football players. Following the conclusion of the college football season, Thibodeaux was viewed as the top pick on many NFL draft boards. However, questions about his work ethic and dedication to the game led to him falling further than expected and into the New York Giants’ laps at pick five. 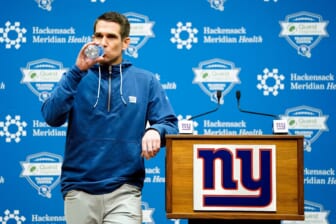 The organization landing Thibodeaux and Evan Neal in the first round helped to earn the Giants positive grades from many outlets for their performance last month, including from Sportsnaut.