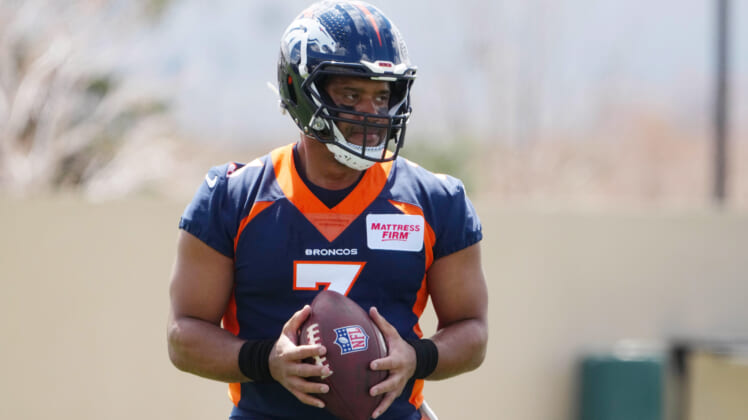 The 2022 NFL schedule release was an entire spectacle on the league’s flagship network Thursday evening. They have done a great job making this must-watch television.

As for the 2022 NFL schedul, there’s a whole bunch of absolutely epic games on the slate. It starts with the Buffalo Bills taking on the defending Super Bowl champion Los Angeles Rams on “Thursday Night Football” to open the season.

Below, we look at the 10-best games on the schedule this coming fall and winter.

This matchup could very well end up being a preview of Super Bowl LVII next February. The defending champion Rams continued to build an elite roster under general manager Les Snead during the spring.

This particular game is going to be interesting in that the aforementioned Miller returns to Southern California where he helped lead the Rams to the Super Bowl title last season. He shockingly signed with the Buffalo Bills to help fill a pass-rush void. Flush with Josh Allen and an elite offense, this makese Buffalo a legit title contender. Boy, this Week 1 matchup is going to be an absolute blast.

Patrick Mahomes and the Chiefs wouldn’t exactly be exacting revenge on the same field and against the same team they lost to in Super Bowl LV. A regular-season game doesn’t hold anywhere near as much importance. But getting a win against Tom Brady and Co. in Week 4 would be an absolutely huge deal.

Kansas City schocked the masses by trading Tyreek Hill to the Miami Dolphins. It does not return the same group that won the AFC back in 2020. As for the Buccaneers, Brady’s decision to unretire acted as a major off-season storyline. In what could be another Super Bowl preview on the 2022 NFL schedule, this is all about the quarterbacks.

Fresh off leading his team to the Super Bowl, third-year quarterback Joe Burrow will be one of the players to keep an eye on after the 2022 NFL schedule release. Cincinnati has several prime-time games, a clear indication that the league believes it is going to be must watch football.

Speaking of must-watch football, the Cowboys will always be that from a national perspective. Despite a lousy offseason that saw this team lose multiple core contributors due to financial issues, Dallas is going to be a top-end contender in the NFC this coming season. Will Dak Prescott and Co. be able to make a statement against the defending AFC champions?

These two teams played twice within a four-week span in Southern California last season. Each game was among the best on the 2021 NFL schedule. San Francisco came out on top in overtime in the season finale — earning a spot in the playoffs. That game was defined by 49ers fans taking over SoFi Stadium in Southern California.

A month later, Los Angeles returned the favor by overcoming a 10-point fourth-quarter deficit in the NFC Championship Game to punch its ticket to the Super Bowl. It was an epic comeback from Stafford and Co.

Now that the NFL schedule release has these two teams taking on one another in Week 8, it’s going to be an absolute blast for fans around the league. They are among the favorites to win the NFC. This is a rivalry renewed from the 1980s, and it’s going to show big time.

The AFC North is going to be a battle royale this coming season. Everyone will be targeting Joe Burrow and the Bengals, including former NFL MVP Lamar Jackson. Baltimore gave up 82 total points to Cincinnati in two games last season. For his part, Burrow threw seven touchdowns against one interception with a 131.1 rating in those two games.

If the Ravens want to bounce back after their last-place finish a season ago, they’ll need to prove a point big time. Taking out the Bengals in Cincinnati once 18 comes calling would be one of those statements. As for the Bengals, losing at home to Baltimore wouldn’t be a great tell in a division that also includes the Cleveland Browns and Pittsburgh Steelers. This season finale could end up being for the division title and/or a playoff spot. If so, expect the NFL to flex it to Sunday Night Football.

Christmas Day football between former division rivals Matthew Stafford and Russell Wilson. A matchup pitting two top-end Super Bowl contenders against one another. Even before the official NFL schedule release, we new about this game. Obviously, the league has some big plans for it.

Stafford is coming off a first season in Los Angeles in which he led the team to the title. Meanwhile, Wilson is entering his first season in Denver after a brilliant 10-year run with the Seattle Seahawks came to a culmination in less-than stellar fashion in 2021. This late-season game will likely have some wide-ranging playoff ramifications. Yeah, the NFL knows exactly what it’s doing.

Oh boy. Deshaun Watson returning to Houston after sitting out all of last season due to a rift with the organization and allegations of sexual misconduct. Assuming he’s not suspended for this Week 13 game, it’s going to be a sight to behold inside NRG Stadium in Houston.

Cleveland gave up three first-round picks to acquire the Pro Bowler from the Texans. How embarrassing would it be if the team lost to Davis Mills and Co.? That’s especially true given how the acquisition of Watson was greeted by the public due to the north of 20 allegations of sexual misconduct. Either way, Watson won’t be met with applause from Texans fans come 13.

The NFL schedule release included this absolute no-brainer. Russell Wilson heading back to Seattle to take on his former Seahawks team in Week 1. The kicker? It will be part of the NFL Monday Night Football schedule. Yeah, the powers that be know exactly what they are doing here.

Wilson was dealt to Denver back in March for multiple first-round picks and other compensation in one of the biggest blockbuster trades in modern NFL history. This came after he acted as the face of the Seahawks’ organization for a decade, leading the team to success it had never seen before. That included a Super Bowl title and two appearances in the big game.

By the way, this will also be a revenge game for new Seahawks quarterback Drew Lock, who was included in the aforementioned Wilson trade. Imagine the narratives if Lock is able to lead Seattle to a home win against his former team.

Fresh off acquiring A.J. Brown in a blockbuster trade and acing the 2022 NFL Draft, Philadelphia has its eyes on dethroning the division-rival Dallas Cowboys in the NFC East. Going into Dallas on Chrismas Eve and coming away with a win would likely do that for Jalen Hurts and Co.

As for Dallas, it is coming off an ugly offseason that saw the team lose multiple key players due to financial issues. The gap has certainly narrowed between Mike McCarthy’s team and the Eagles. This should be a fun Week 16 outing.

Last season’s AFC Divisional Playoff game between the Bills and Chiefs forced the NFL to change its overtime rules. Both Josh Allen and Patrick Mahomes played stellar ball in what ended up being a 42-36 Chiefs win. Unfortunately, Allen wasn’t able to touch the ball.

This time around, both are seen as legitimate Super Bowl contenders. They will be vying for home-field throughout the AFC Playoffs. Whoever comes out on top in this Week 6 game will have the upper-hand. It’s that simple.