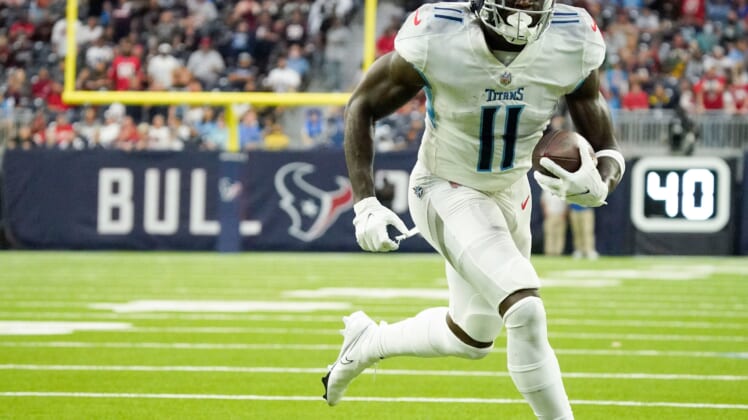 The Philadelphia Eagles have found another top receiver to pair with De’Vonta Smith, setting up a bright future for Jalen Hurts to develop in. Instead of trying to draft a first-round receiver for the third-consecutive season, general manager Howie Roseman is trading for an established Pro Bowl wideout instead, landing A.J. Brown from the Tennessee Titans on draft day.

In the trade, the Eagles had to part with their No. 18 selection, in addition to the 101st overall pick, which falls in the third round of the 2022 NFL Draft.

With the trade, the Eagles also made sure to lock their new weapon up for a few more seasons, signing Brown to a four-year extension worth $100 million, with $57 million guaranteed upon signing on the dotted line. That’s a cool annual average value of $25 million per season for Brown, placing him at No. 5 among the highest-paid wide receivers in the NFL.

Brown was set to enter the last year of his rookie contract, but now he’s set to be in Philly through 2026.

In return, the Eagles get arguably a 1B to pair with Smith as their 1A, hopefully making coach Nick Sirianni’s offense less one-dimensional in 2022.

Earlier in the night the Eagles also selected Georgia defensive tackle Jordan Davis at pick No. 13 to help bridge the future as Fletcher Cox continues to age, now at 31 years old.