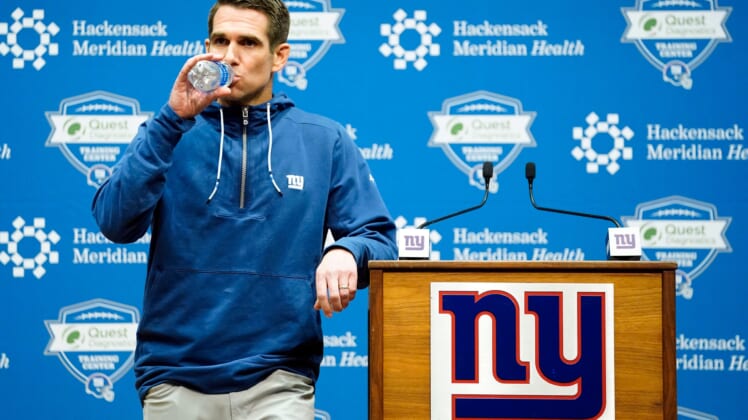 The NFL released its 2022 schedule on Thursday, and there were two stretches of games that stood out on the New York Giants schedule.

The first sequence of games that stood out immediately, is that after the Giants play at the Tennessee Titans in Week 1, the next time they’re truly the road team again comes in Week 7 when they play the Jacksonville Jaguars.

Home stretch gives Giants a chance to have a strong start

Following their game against the Titans, the G-Men have three consecutive home games against the Panthers, Cowboys (Monday Night), and the Bears. Then they fly to London to play the Green Bay Packers in Week 5. Then Big Blue comes back home to take on the Baltimore Ravens in Week 6.

For a team to go almost a month and a half without facing a team that has a home-field advantage is beyond a rarity. The first five games aren’t easy, but for an offense that’s trying to get acclimated with Brian Daboll’s offense, only having to deal with crowd noise once is an ideal scenario.

After the game against the Ravens, New York will have what, on paper, is the soft portion of their schedule.

The Giants will have two consecutive road games in Weeks 7 & 8 against the Jaguars and Seattle Seahawks. Then New York has their bye in Week 9, followed by two home games against the Texans and Lions.

The Jaguars, Seahawks, Texans, and Lions went a combined 17-50-1 a season ago, and the Seahawks will be worse this season with the loss of Russell Wilson and Bobby Wagner.

We know games aren’t played on paper, but if the Giants can’t take advantage and at least go 3-1 during this stretch, then Big Blue is in worse shape than we thought.

It’s been a rough five seasons for the Giants and their fans, as they’ve suffered five double-digit loss seasons and never had a winning record at any point during that time.

But with the first 10 games of the season being as favorable as New York could have hoped for, the Giants stand a chance of having their first winning season since 2016.