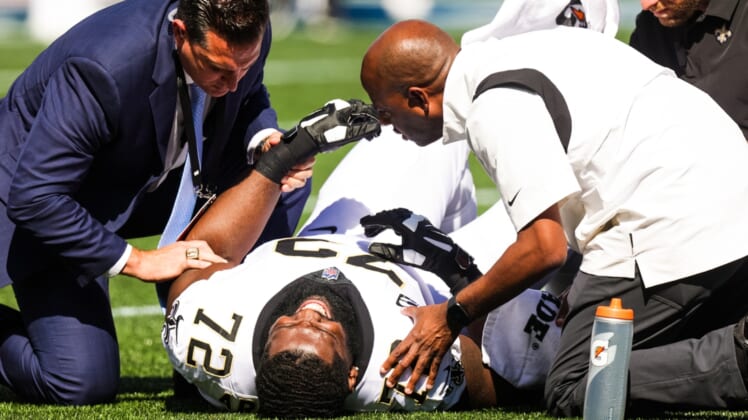 The injury is not believed to be season-ending for the nine-year veteran, who has made the Pro Bowl in each of the past three seasons.

Armstead, 30, was hurt in the first quarter of the Saints’ victory at New England on Sunday when he collided with running back Tony Jones during a block. Armstead left the game and did not return. James Hurst replaced him.

Armstead has played in 92 games (88 starts) for the Saints since the team selected him in the third round of the 2013 draft. He has yet to play in all 16 games of a season.