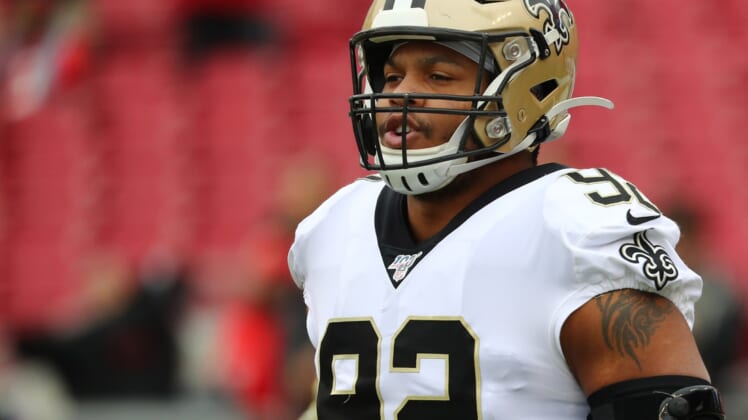 The New Orleans Saints picked up the fifth-year option of defensive end Marcus Davenport on Thursday.

Davenport will receive $9.553 million in 2022 in the final season of his rookie deal.

Davenport, who was the 14th pick of the 2018 NFL Draft, has started 14 of 37 games played for the Saints in his three seasons. He has 74 tackles, 12 sacks, four forced fumbles and 36 quarterback hits.

Last season, the 24-year-old Davenport had 21 tackles and 1.5 sacks. He played in 11 games (one start), missing the first four contests due to an elbow injury and an early December game with a concussion.