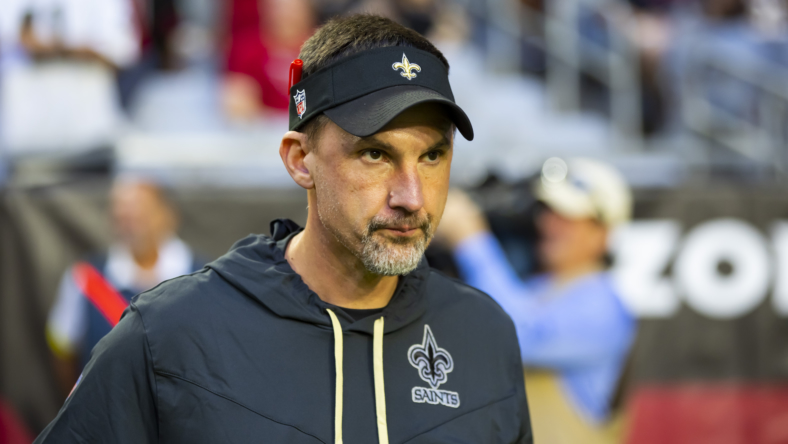 The New Orleans Saints have opened the season by losing seven of their first 10 games. In fact, Dennis Allen’s squad has dropped four of its past five with a win over the lowly Las Vegas Raiders mixed in.

The backdrop here is a disastrous quarterback situation under the defensive-minded head coach. Led primarily by veteran Andy Dalton, Saints quarterbacks have thrown 16 touchdowns compared to a resounding 12 interceptions in 10 games.

Despite Jameis Winston’s return to full health, Allen has made the unpopular decision to stick with Dalton as his starting quarterback heading into Week 11 against the Los Angeles Rams. At 35 years old, Dalton is tapped out. He has not been a starter-caliber quarterback since all the way back in 2018. That’s almost a half-decade with his ceiling as nothing more than a QB2 in the NFL.

There’s plenty of reasons why Allen made this decision. None of them are good. Here’s why this is his latest mistake.

New Orleans has already yielded its first-round pick to the Philadelphia Eagles in the 2023 NFL Draft via a blockbuster trade this past spring. From a micro perspective, wins and losses means nothing when it comes to the Saints’ draft status.

We fully understand if a 3-7 team went into full tank mode in order to get a higher first-round pick, especially if said team has long-term issues at the quarterback position. New Orleans is not in the situation to add a top-end signal caller in the second round. By sticking with Dalton, the Saints seem to be tanking. But why?

The other idea here is that Allen somehow believes that Dalton gives him the best opportunity to win games and avoid being one-and-done in Nola. He’s replacing a franchise legend in Sean Payton and has New Orleans off to its worst 10-game start to a season since 2005. Prior to that, we have to go back to the Mike Ditka-led squad in 1999 to point to a Saints squad that’s been this bad heading into mid-November.

There’s every reason for Allen to believe that he is on the hot seat. Dating back to his days leading the then-Oakland Raiders, Allen has not looked the part of an NFL head coach.

That’s just ugly. And while the Saints love continuity, it’s becoming increasingly clear that Allen is not the man to lead the post-Payton era. It also seems clear that the head coach sees the writing on the wall. With that said, you can’t make decisions like this with a gun to your head.

Is Winston the long-term solution in New Orleans? We have absolutely no idea. The former No. 1 pick has started just 10 games since his 30-interception season with the Tampa Bay Buccaneers in 2019.

What we do know is that Winston provides a different element to the Saints’ offense. That is to say, an ability to get the ball down the field. This could be big for stud rookie wide receiver Chris Olave.

Last season with New Orleans, Winston threw 14 touchdowns against three interceptions in seven starts before going down with a torn ACL. He posted a 5-2 record in the process. What is the actual point of sticking with Dalton here? Dennis Allen must answer this question. It’s that simple.