Two more New Orleans Saints coaches are slated to miss Sunday’s game against the Charlotte Panthers due to COVID-19 protocols, raising the total to eight expected to miss the contest in Charlotte, N.C.

Assistant head coach/defensive line Ryan Nielsen and pass rush specialist Brian Young will not be with the team in Charlotte, the team announced Saturday.

The team announced Friday that seven coaches would miss the game. However, one of those seven, offensive line coach Brendan Nugent, has now been cleared to be with the team on Sunday. 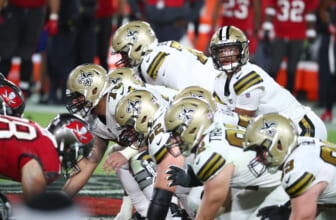 The team said the coaching responsibilities will be divided among the remaining staff.