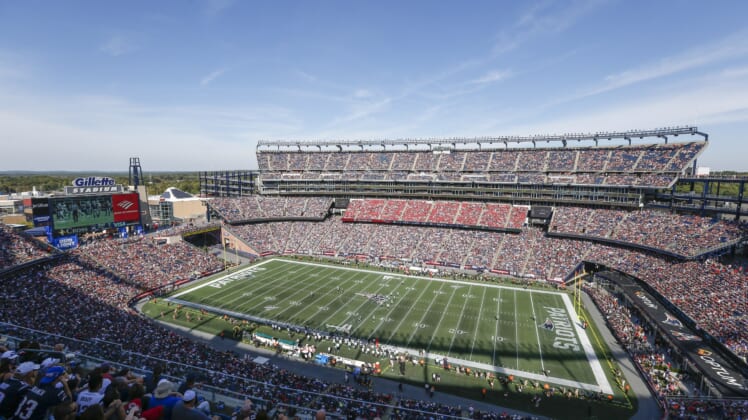 As the New England Patriots get ready for the 2020 NFL season, the team is preparing for huge changes at quarterback and in the stands. Due to the worsening COVID-19 pandemic, Gillette Stadium will see far fewer fans in attendance this season.

The Patriots, like every other NFL team during this unprecedented time, has spent months figuring out how to ensure the safety of fans and players during the COVID-19 pandemic. In an effort to follow social distancing guidelines and reduce everyone’s exposure to the coronavirus, the team is drastically reducing its stadium capacity this year.

In an announcement on Tuesday, the club announced it will reduce the total capacity at Gillette Stadium to about 20% of what it typical holds. As a result, the Patriots will likely see their attendance drop from 65,000-plus in previous seasons to fewer than 20,000 this year.

The Patriots will be making numerous changes inside the stadium to help allow for physical distancing. Any persons with tickets must keep six feet of distance from other ticketed parties, while the first eight rows of Gillette Stadium will be empty. All patrons inside the stadium will also be required to wear face coverings.

In addition, NFL teams might require any fans who enter the stadium to sign a COVID-19 liability waiver. The measure would help protect teams from any potential liability if a fan contracted the coronavirus inside an NFL stadium.

While the entire NFL would take a massive revenue hit if the 2020 season is played without fans, the Patriots would be hit especially hard. Fortunately, the league has already come up with a creative way to help teams make up for some of the lost ticket sales.

The Baltimore Ravens already announced their reduction to stadium capacity at M&T Bank Stadium for the upcoming season. It’s expected that other NFL teams will make similar announcements in the coming weeks.