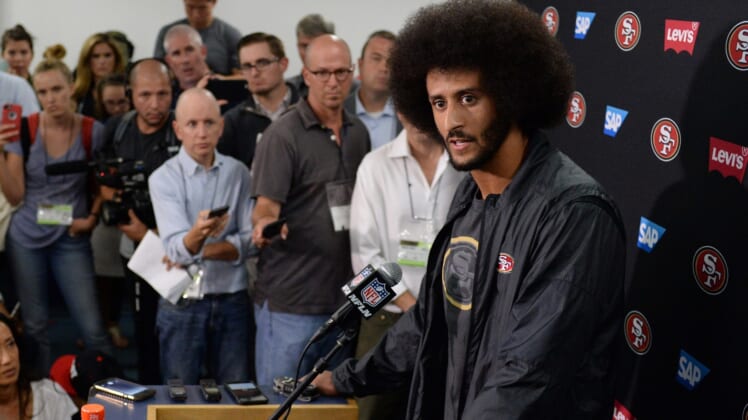 The Colin Kaepernick collusion case against NFL owners is still in process. Now we have an idea about where things stand, and where they are headed, thanks to a new report by Jason La Canfora of CBS Sports.

Per the report, Kaepernick’s attorneys and the league recently exchanged almost 100,000 documents.

“As part of the discovery process, Kaepernick’s lawyers sought electronic communications (texts, emails, etc.) from numerous league and team employees – including high-ranking NFL officials, coaches, and general managers from teams like Dallas, Baltimore, Tennesee and others who signed quarterbacks and worked out quarterbacks in season,” La Canfora wrote. “‎Certain search terms were chosen, and, when those terms came up in such communications those documents were to be exchanged.”

Kaepernick’s lawyers are also potentially going to look into whether the league had any influence over teams concerning his employment. The NFL has stated that it does not get involved in such matters.

Additionally, per the report, his lawyers will be looking into Donald Trump’s statements against Kaepernick and his protest publicly. They will also look to determine whether he influenced owners regarding his employment, as has previously been reported was the case.

No dates have yet been set, but La Canfora writes meetings will be set up with the likes of Jerry Jones, Jed York and others to determine whether collusion did in fact take place against Kaepernick before and during the 2017 NFL season.