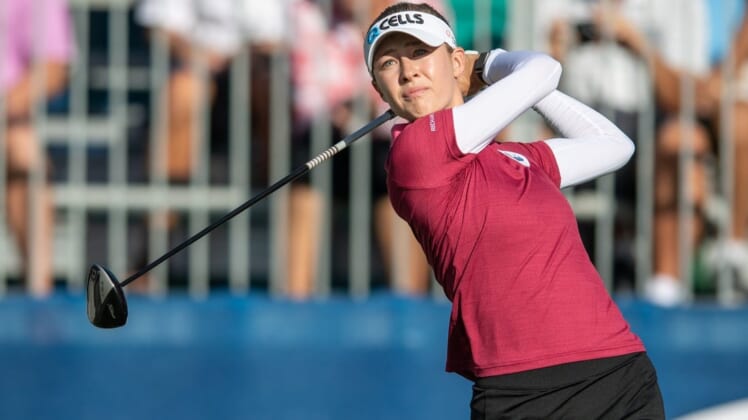 Out since March with a blood clot in her left arm, World No. 2 Nelly Korda will make her return to competitive golf at next week’s U.S. Women’s Open in Southern Pines, N.C.

“See you guys @uswomensopen next week,” she posted.

Doctors diagnosed the blood clot in mid-March after Korda experienced heavy swelling following a workout in Ponte Vedra Beach, Fla. She announced on April 8 that she underwent surgery to remove the clot from her subclavian vein.

Korda, the 2020 gold medalist at the Tokyo Olympics, hasn’t played since the first weekend of February when she tied for 15th at the LPGA Drive On Championship in Fort Myers, Fla.

Korda has won seven career titles, including four in 2021. She also won her first major last June when she prevailed by three shots at the KPMG Women’s PGA Championship.