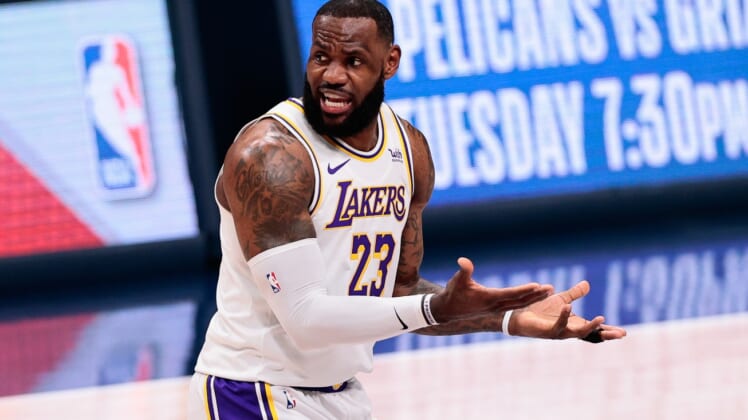 The NBA schedule has been different this season, with the COVID-19 pandemic greatly influencing the first half of the season. With the All-Star Game drawing closer, NBA teams could soon get their hands on the second half of this year’s schedule.

Before the 2020-’21 season began, the NBA only released half of its 72-game schedule. The league wanted to give itself the flexibility to reschedule games postponed by COVID-19 outbreaks, all with the goal of every team playing 72 games before the playoffs begin. While teams like the Washington Wizards and Memphis Grizzlies have been sidelined for a week-plus at points during the year, the NBA hoped a delayed schedule release would allow them to replace those lost matchups.

With the trade deadline approaching and teams making early preparations for the stretch run, we could be closing in on the NBA releasing the second half of its regular-season schedule.

When will the second half of NBA schedule be released?

According to ESPN’s Adrian Wojnarowski and Zach Lowe, teams are expected to receive a draft of the NBA schedule for the second half of the season within a matter of days. There’s even a chance that general managers and coaches get an opportunity to look over the preliminary plan by this weekend.

There is a growing list of games that need to be made up due to postponements. The Wizards and Grizzlies each had COVID-19 outbreaks that forced them to miss more than a week of action. As a result, entering play on Friday, Memphis will need to play 40 games in the second half of the season. The New York Knicks (36) and Brooklyn Nets (35) games will also have multiple make-up games set for their schedule.

The coronavirus isn’t the only issue that has forced the NBA to sideline some teams. Due to severe weather and power restrictions in Texas, the Houston Rockets and Dallas Mavericks had multiple games postponed this week.

As of now, the league is determined to have every team play a 72-game schedule. The NBA promises regional sports networks at least 70 games each season in their television contracts, money the league desperately needs.

According to ESPN, the NBA has thus far told teams it is doing everything it can to avoid back-to-back-to-backs and forcing players to play four games in five nights. As the season unfolds, though, there will be less time to account for additional games postponed by COVID-19.

It puts the league between a rock and a hard place. It doesn’t want to push back the playoffs nor interfere with the Olympics, but the desire to meet the promises to RSN remains important. The good news for fans, it shouldn’t be long before the second half of the NBA schedule is finally released.