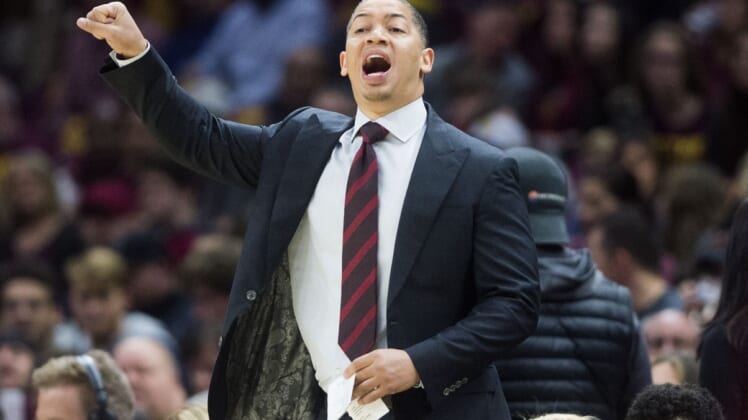 The Los Angeles Clippers are reportedly closing in on a deal to make Tyronn Lue their new head coach, choosing the favored candidate to take over after they fired Doc Rivers.

After blowing a 3-1 series lead and losing the second round of the 2020 NBA Playoffs to the Denver Nuggets, the Clippers will replace Rivers with the former lead assistant on his staff from the 2019-’20 season.

From the moment Los Angeles began its coaching search, Lue was always favored to land the gig. However, the Clippers faced significant competition from the Houston Rockets and New Orleans Pelicans. In the end, Lue’s familiarity with the organization and a lucrative offer seemingly won out.

According to ESPN’s Adrian Wojnarowski, Lue is finalizing a five-year contract with the Clippers. In addition, per The Athletic’s Shams Charania, NBA legend Chauncey Billups will join the coaching staff as Lue’s lead assistant.

Following an iconic NBA career, Billups has been sought after following his retirement. He received interest from the Cleveland Cavaliers in 2017 during their search for a president of basketball operations and likely has a future as a general manager or head coach.

Lue, who was Kyrie Irving’s preferred choice for the Brooklyn Nets, brings a championship-caliber resume to the job. Hired by the Cleveland Cavaliers during the 2016 season, he won a championship with LeBron James in his first year at the helm.

With James leading the way, the Cavaliers would reach the NBA Finals in the next two seasons and Lue posted a 128-76 record in the regular season in his first two-and-half seasons at the helm. When James left for the Los Angeles Lakers, Cleveland fired Lue after an 0-6 start to the season.

Lue’s experience coaching stars certainly played a role in this hire. Even more important, his existing relationship with Paul George and Kawhi Leonard after a season working as the team’s lead assistant.

With Lue off the board, the Houston Rockets will likely reunite with former head coach Jeff Van Gundy. Meanwhile, Rivers is already settling in as the new coach of the Philadelphia 76ers.