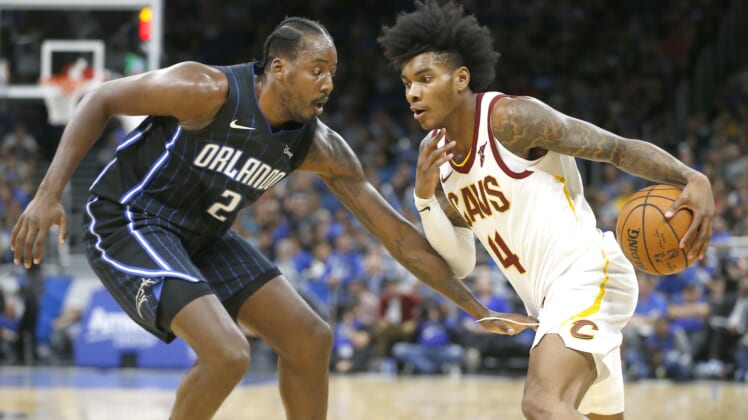 Initially seen as a cornerstone piece in Cleveland following a strong rookie season, Porter Jr. fell out of favor after blowing up at Cavaliers general manager Koby Altman in a strange outburst that included him throwing food and claiming “modern day slavery.” This is actually a thing that happened.

Porter Jr. is now on his way out of town mere days after said outburst. He’s set to join yet another drama-filled organization who is coming off a blockbuster trade of its own.

Shams Charania of The Athletic was the first to report this news Thursday evening. Other reports note that Cleveland is getting back a mere protected future second-round pick in return.

The No. 30 overall pick of the Milwaukee Bucks out of USC, Porter Jr. was traded to Cleveland on draft night back in June of 2019. He performed exceedingly well as a rookie last season, averaging 10.0 points, 3.2 rebounds and 2.2 assists on 44% shooting from the field in 50 games.

The wing ended last season in Cleveland’s rotation, averaging a robust 13.9 points in his final 15 full games. However, Porter Jr. has yet to suit up this season due to personal reasons.

NBA rumors will continue to link the Houston Rockets in trades

This move comes a little over a week after Houston blew everything up by dealing away James Harden in a blockbuster four-team trade. Now one of the worst teams in the NBA, the expectation is that new general manager Rafael Stone will be active ahead of the March trade deadline.

Following the Harden trade, Stone noted that he has increased flexibility to pull off trades. That could include moving on from veterans such as Eric Gordon and P.J. Tucker as well as the recently-acquired Victor Oladipo. Expect NBA rumors to trend in the direction of more trades moving forward.

As for the Porter Jr. trade, this is pretty much a low-risk, high-reward move. Dealing a protected future second-round pick for the 20-year-old wing doesn’t really burn too much of the Rockets’ draft war chest. If his personal issues are behind him, the youngster could end up being a core piece in Houston. If not, no harm is done.