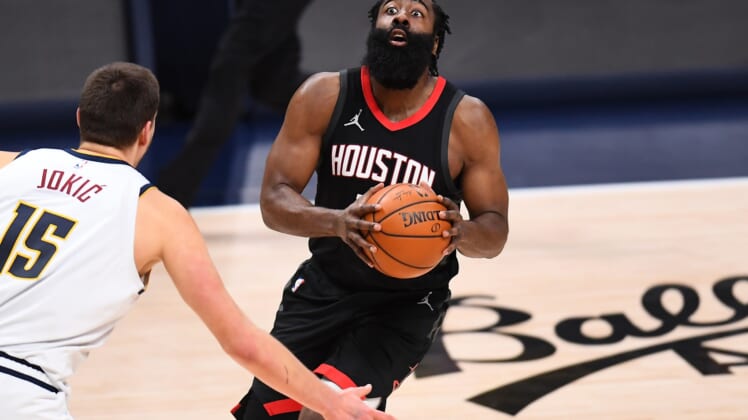 It has finally happened. The NBA news we have been waiting months for has come to fruition. Three-time reigning scoring champion James Harden has been traded from the Houston Rockets to the Brooklyn Nets.

Shams Charania of The Athletic was the first to report the news, indicating that a one of the biggest blockbusters in NBA history had gone down Wednesday afternoon. Simply put, this is earth shattering NBA news early on in the 2020-21 season.

ESPN’s Adrian Wojnarowski reports that the massive blockbuster is a four-team trade that includes the Cleveland Cavaliers and Indiana Pacers. Here are the full details as we know it.

The first-round pick swaps would take place in 2021, 2023, 2025 and 2027. Technically, Houston has control of the Nets’ first-round picks over the next seven drafts. That’s absolutely massive.

Talk about one of the biggest pieces of NBA news we’ve seen come down the pike in a long time. Both Oladipo and Allen being moved would be seen as massive blockbuster trades in their own rights. Heck, the Pacers swapping an All-Star in Oladipo for LeVert is a major storyline by itself.

However, the obvious focus here has to be on the Rockets trading James Harden to Brooklyn. If Kyrie Irving were to ever return after missing the past three games due to “personal reasons,” the Nets would have a super team by the true definition of the term.

Meanwhile, Houston opts to move off Harden after some major issues between the former NBA MVP and the organization. As you already know, Harden requested a trade ahead of the season starting late last year. Since then, he’s been a drama-filled character for the Rockets. That includes multiple violations of the NBA COVID-19 protocols.

We’ll obviously have more on this blockbuster trades with updates regarding additional moving pieces between the four teams. For now, the biggest NBA news of the past several years has gone down.