What is the NBA record for most 3-pointers in a game? 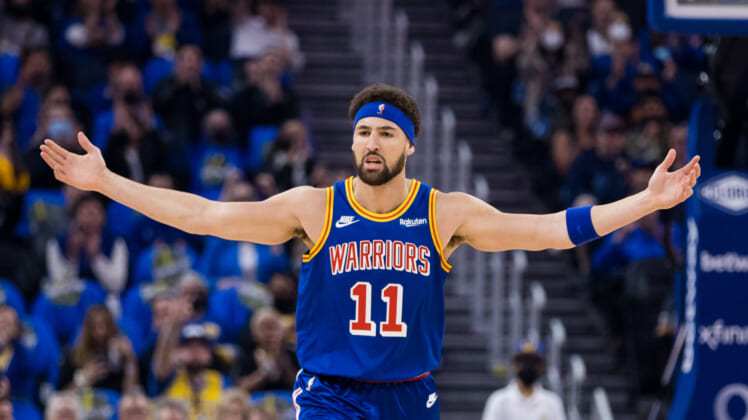 Who holds the record for the most 3-pointers in a game in NBA history?

Remember, before Stephen Curry made the three-point shot part of the lexicon, some of the greatest NBA players never really relied on shooting from beyond the arc.

During his career, Larry Bird was considered the best long-range shooter in the NBA. What was his single-season high? Ninety. Yeah, 90!

Below, we look at the record for the most 3-pointers in an NBA game. The focus is on five different players from the modern era, including Mr. Curry himself.

What is the NBA record for most 3-pointers in a game?

Klay Thompson shatters record for most 3-pointers in a game

It was back on October 29 of 2018 that Klay Thompson lit the Windy City on fire. Taking on the Bulls, this Golden State Warriors star nailed 10 3-pointers in the first half alone. It’s a game that saw Golden State lead by the score of 92-50 at the half.

All said, Thompson connected on 18-of-29 from the field. That included a 14-of-24 mark from distance en route to scoring 52 points. Amazingly, this is not the signature moment of the three-time NBA champion’s career.

Two years before Thompson broke the record for the most 3-pointers in a game, the most-lethal 3-point shooter in NBA history topped the charts. It’s no surprise given that Curry now boasts the record for the current NBA 3-point record in his career.

This specific game came against the New Orleans Pelicans on November 7, 2016. It also came in Oakland’s Oracle Arena, sending Warriors fans into a frenzy.

Curry would hit on 13-of-17 from 3-point range en route to scoring 46 points. That 77% mark from distance is just insane. The rest of Golden State’s roster, Thompson and Kevin Durant included, were a combined 3-of-18 from distance. Golden State needed it all in a 10-point win against Anthony Davis and the Pels.

Related: Look at the top-50 prospects for the 2022 NBA Draft

When LaVine entered the NBA as a first-round pick of the Minnesota Timberwolves back in 2014, most saw him as a mere athlete. The former Slam Dunk Contest winner was never going to morph into an elite-level player.

That changed when the UCLA product was dealt from Minnesota to Chicago in the now-infamous Jimmy Butler trade ahead of the 2017-18 season.

In his third full season with Chicago, LaVine averaged a career-best 25.5 points per game. He also shot 38% from 3-point range. One particular moment comes to mind in LaVine’s ascension to superstardom.

Taking on the Charlotte Hornets back in November of 2019, LaVine tied Curry for the second-most 3-pointers in a game. He nailed on 13-of-17 from distance, scoring 49 points in the process. What’s crazy here is the fact that LaVine played less than 35 minutes.

The Black Mamba was a living bucket during his all-time geat career. The then-Seattle Sonics found that it out back on January 7, 2003, in Los Angeles.

Not necessarily known for his 3-point shot during that stage in his career, the late-great Bryant absolutely torched Gary Payton and Co. by hitting on 12-of-18 from 3-point range. That broke the previous record for the most 3-pointers in a game — held by Dennis Scott.

Three years later, and Bryant would score 81 points in a game against the Toronto Raptors — bringing up memories of the great Wilt Chamberlain in the process. Interestingly enough, he hit only seven 3-pointers in that game.

Despite his status as an all-time great, Bryant’s single-season high for 3-pointers was 180 back in 2005-06. That’s tied for 208th overall in league history. 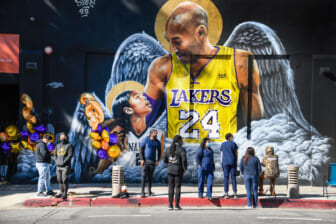 The randomness of Donyell Marshall

It’s not that Marshall wasn’t a big name coming out of Connecticut back in 1994. He was the No. 4 overall pick of the Minnesota Timberwolves.

Unfortunately, he didn’t have the career of those selected immediately ahead of him (Glenn Robinson, Jason Kidd and Grant Hill).

But for at least one game, Marshall stood above the rest. As a member of the Toronto Raptors during the 2005-06 season, Marshall nailed 12-of-19 3-pointers against the Philadelphia 76ers.

The crazy thing here is that it came off the bench for a team that included Chris Bosh and Jalen Rose. It also came against a 76ers squd that featured Allen Iverson and Andre Iguodala.

For his career, Marshall connected on 902 3-point attempts. That’s good for 168th in league history — sandwiched in between Rasual Butler and Jared Dudley. Yeah, we have to love the randomness of Donyell Marshall.

Most 3-pointers in a game (All-Star Game)

It was back in February that Curry awed onlookers in Cleveland by nailing the most 3-pointers in a game. After Cavaliers fans had booed him during pre-game introductions, Curry went nuclear.

We’re not kidding. The dude hit 16-of-27 from distance. He was nailing them from Akron. Almost literally. It was a sight to behold. And while it’s not an official NBA 3-point record, it was stunning to watch.

Most 3-pointers in a game

NBA players have nailed double-digit three-pointers a total of 74 times. Of the 29 players who have hit 11 or more from distance, Curry has done it 12 times.

This just goes to show us how much he’s transformed the game. With the likes of youngsters Trae Young and Anthony Edwards doing their thing from distance, his records will fall at some point.