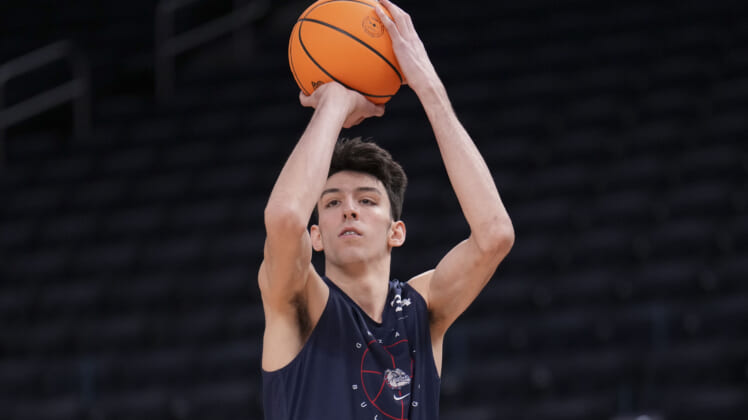 Chet Holmgren, one of the best prospects in the 2022 NBA Draft, is actually hoping that he isn’t the top overall pick in this month’s event.

Gonzaga big man Chet Holmgren is a talent that is expected to be gone after the first three picks are made on Thursday, June 23. Some experts believe the Orlando Magic could take him with their first-round selection, which is No. 1 overall. On our own NBA mock draft, he is projected to be taken second by the Oklahoma City Thunder. And a new report claims that is exactly what Holmgren hopes happens.

On a Thursday edition of “The Ryen Russillo podcast,” the host revealed some rumors he had heard that Holmgren and his agent Bill Duffy would prefer to land in Oklahoma City, instead of having the prestige of being the top overall pick in the 2022 draft.

“I’ve been told this is where Duffy and Chet want to go,” Russillo said. “They want to go to Oklahoma City because … [of] the opportunities and he has way more freedom because of the roster in front of him than maybe he would in Orlando … That’s the preference that I’ve heard and it makes a lot of sense from a basketball standpoint of being brought along but also getting more opportunities.”

The Magic do have a bit of a logjam at center with Wendell Carter, Jr., and Mo Bambo — their 2018 first-round pick. Both are young with upside but could be at a point in their careers where they are a known commodity, and Holmgren could still get a solid opportunity to log major minutes alongside them. 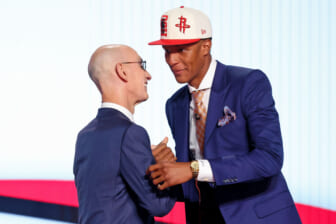 However, in Oklahoma City there isn’t quite the same level of depth and standout talent in the front court — aside from Darius Bazley — that would be a threat to Holmgren’s minutes on the court. Recent reports from various outlets suggest Jabari Smith, Jr. will likely be taken with the top pick by Orlando.