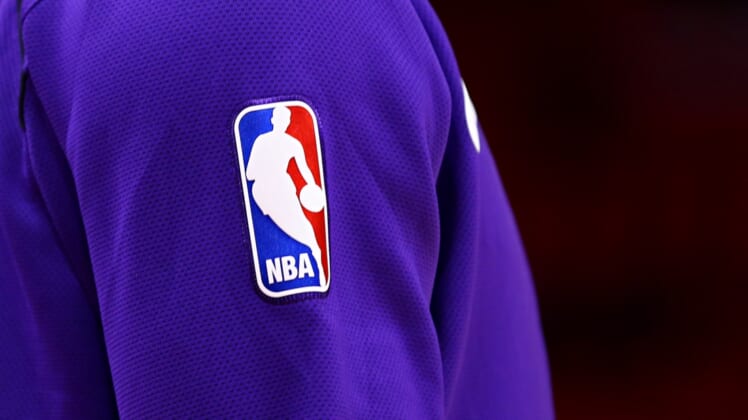 Nov 4, 2017; Detroit, MI, USA; A view of the official NBA logo worn by a member of the Sacramento Kings in the game against the Detroit Pistons at Little Caesars Arena. Mandatory Credit: Aaron Doster-USA TODAY Sports

The 2021-22 NBA preseason is slated to get going in roughly three weeks with the Brooklyn Nets and Los Angeles Lakers doing battle. In roughly a month, the regular season will start with the Nets taking on the defending champion Milwaukee Bucks and the aforementioned Lakers going up against the Golden State Warriors.

Unlike the majority of last season, fans will be in attendance for games this coming year. However, there’s going to be a COVID-19 backdrop to the campaign. It’s in this that the NBA has announced its protocols for players. To say that things favor the vaccinated over the unvaccinated would be an understatement.

This is somewhat similar to what we’re seeing around the NFL world. However, that league is requiring weekly testing for vaccinated players.

None of this takes into account regional and local COVID-19 protocols. As an example, the New York City region and San Francisco Bay Area are requiring vaccines for individuals attending large-scale indoor events.

The NBA recently indicated that it would force said protocols for players. This means unvaccinated players on the Golden State Warriors, Brooklyn Nets and New York Knicks would not be able to play home games.