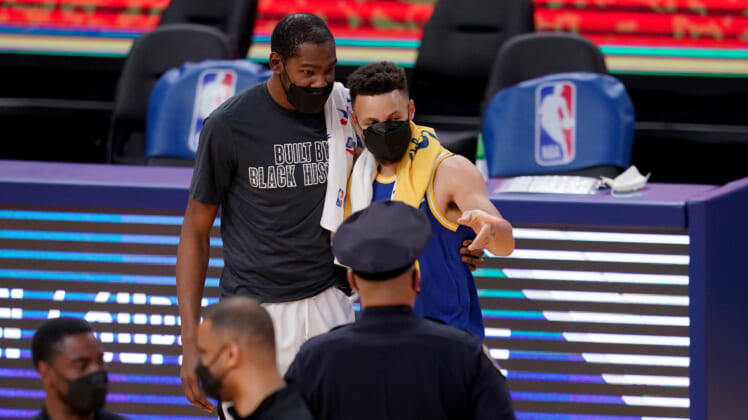 There’s some pretty big NBA news breaking with less than a month to go before training camps start ahead of the 2021-22 season.

Shams Charania of The Athletic is reporting that unvaccinated players in certain markets with COVID-19 protocols in place will not be able to play home games this coming season. Said markets include New York City and San Francisco. The new protocols do not include non-vaccinated opposing players, who are exempt from them.

As you can see in the report, there are approved medical and religious exemptions in place. With that said, this could potentially be some NBA-altering news moving forward.

“Vaccination requirements also apply to patrons and staff at large indoor events with 1,000 people or more because so many people will be gathered together in an indoor space,” the San Francisco Department of Health outlines in its COVID-19 health order.

To say this could be huge would be an understatement. There’s no telling who among the NBA’s elite have not received the COVID-19 vaccines.

When it comes to the three teams in these two markets, both the Brooklyn Nets and Golden State Warriors are seen as legitimate NBA title contenders. What happens if James Harden, Kyrie Irving or Kevin Durant refuse to get vaccinated? The same goes for Stephen Curry, Klay Thompson and Draymond Green in San Francisco.

There’s also a chance that other markets could decide to adopt these COVID-19 protocols with the virus expanding across the United States. That includes Los Angeles, where one LeBron James takes up residence.

This could also impact depth further down on the roster with lesser-known individuals pushing back against getting the vaccine. At the very least, this is a big NBA news story with the 2021-22 regular season tipping off next month.