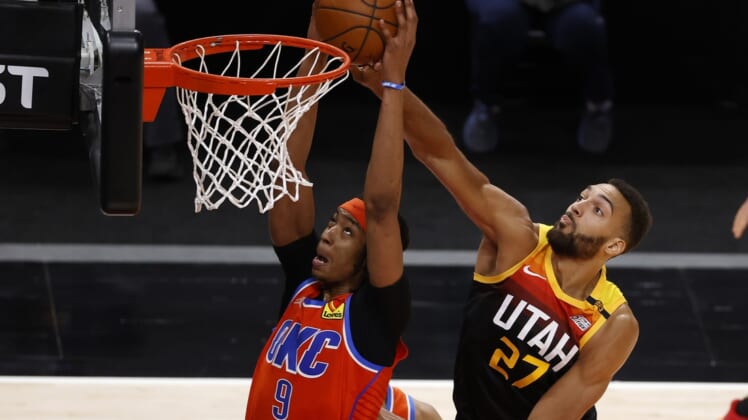 Shams Charania of The Athletic reported on Monday that those two were joined by Draymond Green (Golden State Warriors) as well as Milwaukee Bucks teammates Giannis Antetokounmpo and Jrue Holiday in earning first-team honors.

NBA All-Defensive Team honors for the second unit include Bam Adebayo and Jimmy Butler of the Miami Heat as well as Joel Embiid and Matisse Thybulle of the Philadelphia 76ers and Los Angeles Clippers star Kawhi Leonard.

As the reigning NBA Defensive Player of the Year, Gobert’s inclusion in the first team was a given. Meanwhile, both Simmons and Green were finalists for the top individual defensive award around the Association.

We are intrigued to learn that second-year Philadelphia 76ers guard Matisse Thybulle earned second team honors. He averaged a mere 20 minutes per game during the regular season. However, the former Washington Huskies star was a defensive stopper throughout the season.

All said, three members of the Philadelphia 76ers were awarded spots on the NBA All-Defensive Team this season. For Joel Embiid, this caps off a regular season in which he was also a finalist for the NBA MVP award, which ended up going to Denver Nuggets center Nikola Jokic.